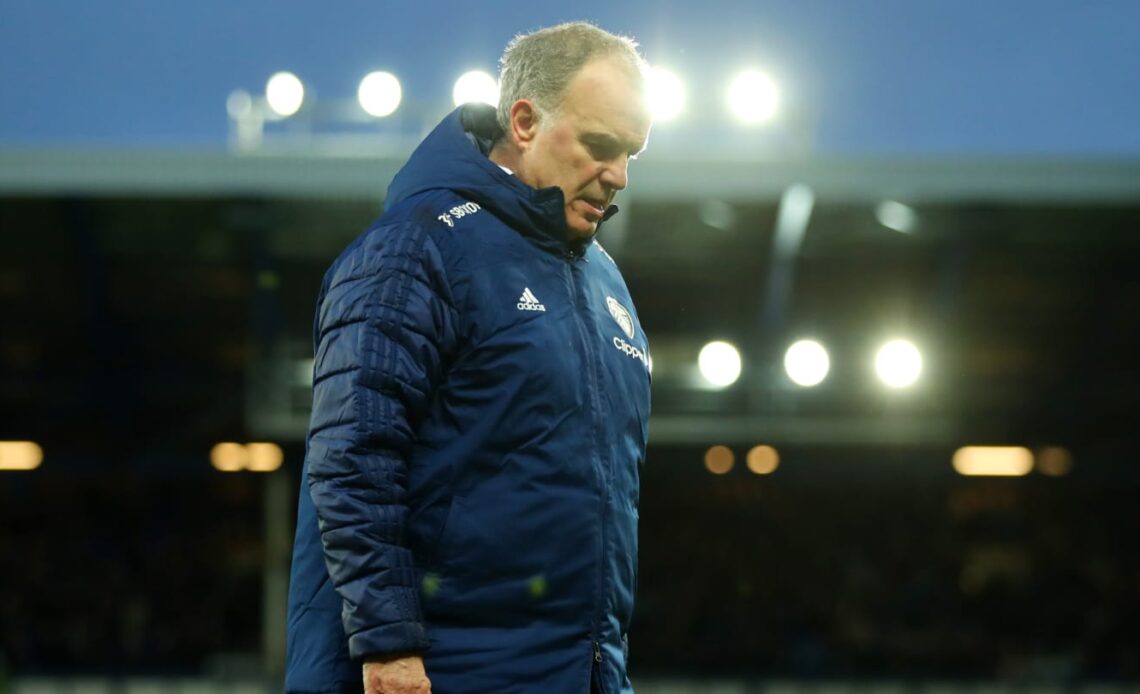 Marcelo Bielsa has emerged as Everton’s top managerial target, 90min understands, after the Argentine made it known he’d be keen on taking the role.

The Toffees sacked Frank Lampard on Monday after going over three months without a win, and they are only above bottom of the table Southampton on goal difference.

Everton have been considering a number of options to succeed Lampard – who the club would have ideally preferred not to sack – and those include Sean Dyche, Wayne Rooney, Duncan Ferguson, Nuno Espirito Santo and former Valencia boss Marcelino.

However, intermediaries were quick to open talks with Everton about hiring Bielsa, and he’s now seen as the preferred candidate to prolong their 69-year stay in England’s top flight.

Bielsa has been out of work for almost 12 months since leaving Leeds United, who at the time of his departure were hovering just outside the Premier League’s relegation zone.

The 67-year-old held talks with Bournemouth late last year, but they opted to promote Gary O’Neil to the role of head coach after dismissing Scott Parker at the end of August.

Bielsa is keen to return to England, though, sources have confirmed to 90min, and he’s said to be ‘fascinated’ at the prospect of taking over at Everton – who like Leeds he sees as a ‘sleeping giant’ of English football.