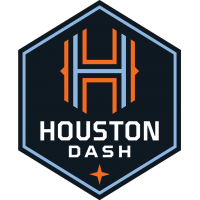 “We are investing in Ryan’s development for the next several years and we are happy she chose to stay in Houston long term,” Dash general manager Alex Singer said. “Her potential is through the roof. The versatility she displayed in her rookie season was important for us, she stepped out of her comfort zone and played both as an outside back and a winger. Her attacking abilities and willingness to learn are qualities we look forward to seeing more of. She is a tremendous teammate with a very bright future.”

Gareis made an immediate impact during her rookie season. The Naperville, Ill. native made six starts and 15 appearances during Houston’s historic 2022 season. Gareis made her NWSL debut in the opening game of the 2022 Challenge Cup as a substitute in the 63rd minute of the match against her hometown team, the Chicago Red Stars, last March.

Gareis earned her first start in a regular season match at home against the Red Stars on July 16. Gareis recorded her first career assist in that match when she found Ebony Salmon in the second half. Houston’s 4-1 win over Chicago sparked a four-game unbeaten streak (3W, 1D).

Gareis closed the regular season with three consecutive starts. The stretch began against the Red Stars, continued against OL Reign and culminated versus the Washington Spirit. In the regular season finale against the Spirit on Oct. 1, Gareis recorded her second assist of the season in the match’s opening goal.

“I am so excited to extend my time in Houston,” Gareis said. “I have so much love for the team, community, the city, the organization. Everything about my experience here has made it feel like home. I have big goals for the team and myself, and I am excited to see how I can develop in such a great environment over the next few years.”

The 24-year-old was named to the game day roster for Houston’s first playoff match in club history on October 16.

Prior to her professional career, Gareis starred at the University of South Carolina. She finished with 99 career appearances and started 70 games. In her final collegiate season, Gareis scored four goals and tallied nine assists. The forward earned several awards while at South Carolina including multiple SEC Offensive Player of the Week awards and CoSIDA Academic All-District First Team…