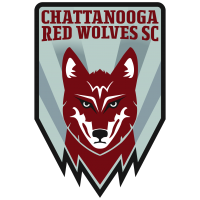 The Chattanooga Red Wolves are pleased to announce the signing of 27-year-old midfielder Felipe Liborio Jr. for the upcoming 2023 USL League One season. Transaction pending league and federation approval.

Liborio Jr., from Chula Vista, California, played collegiate soccer at Temple University where he was awarded All-Rookie Team honors his freshman year where he notched 17 starts and logged over 1,712 minutes. After wrapping up his collegiate career, Liborio played for Mexican Professional side, C.D. Irapuato. Most recently, Liborio made 40 appearances with California United from 2021-2022, recording a goal and providing 8 assists in over 3,200 minutes of play.

A physical, box to box midfielder, Liborio Jr. says he came to Chattanooga to, “Play in a new league, playing in USL league One will provide new challenges for myself as a player and a new journey for myself as a person.” In 2023, the midfielder says he hopes to, “Overcome any challenges the season may bring together as a club and to help bring the first ever USL League One Championship to Chattanooga.”

Liborio Jr. spoke enthusiastically to the supporters ahead of the move saying, “I feel blessed and happy to be a part of the Red Wolves family. We hope to raise the cup and we believe we have the team and the support from the best fans in the league to help us get there. Go Red Wolves!