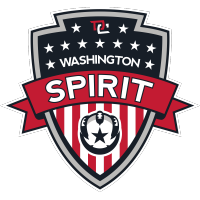 Washington, D.C. – Washington Spirit forward Tara McKeown has re-signed with the team on a new three-year contract with a team option for 2026, the club announced today. The new contract will take effect immediately, replacing McKeown’s current contract which contained a recently-exercised 2023 team option.

McKeown’s re-signing will keep together the Spirit attacking core that also includes Ashley Hatch, Ashley Sanchez and Trinity Rodman. After missing the first half of 2022 due to injury, McKeown returned to action during the summer international window and had a stellar final three months. She appeared in all 12 remaining regular season matches, totaling almost 1,000 minutes of action. Across the second half of the regular season, McKeown was the team’s leading shot-taker and second-leading scorer as she tallied three goals.

“I’m so excited and grateful to extend my time with the Spirit,” said McKeown. “I love the vision this club has developed and can’t wait to bring another championship back to DC.”

Originally from Newbury Park, California, McKeown attended the University of Southern California before being drafted by the Spirit with the eighth overall pick in 2021. In four seasons with the Trojans, McKeown tallied 33 goals and 28 assists in 76 appearances, earning First Team All-American honors once and First Team All-Pac-12 honors twice in the process. McKeown also earned a Pac-12 All-Freshman Team nod in 2017 and an All-Pac-12 Third Team nod in 2018.

“Tara is a talented player who has impressed the coaching staff with her commitment to wanting to improve and be a leader in this group,” said Head Coach Mark Parsons. “I am looking forward to working with her and know she has the ability to keep improving in 2023.”