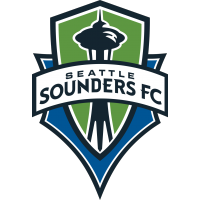 SEATTLE, WASH. – Sounders FC today announced that it has signed forward Jordan Morris and midfielder Cristian Roldan to new, five-year deals, taking the two players through the 2027 season. Midfielder Danny Leyva has also agreed to a new, four-year deal with a team option for the 2027 season. The deals keep the players part of the team they started their professional careers with for the foreseeable future.

“It’s with great pleasure that we announce these well-earned contracts,” said Sounders FC General Manager & Chief Soccer Officer Craig Waibel. “Jordan and Cristian have each been a massive part of this club’s success, while Danny has shown to be a very talented player with a bright future. We are pleased to secure their place with Sounders FC for years to come.”

Morris, 28, joined the Rave Green as a Homegrown Player in 2016 after a successful career with the Sounders FC Academy and Stanford University. After winning the 2016 AT&T MLS Rookie of the Year, Morris continued to be a transformational player for Seattle, scoring 52 goals across all competitions, fifth all-time in club history. The Mercer Island native was on both the 2016 and 2019 teams that won MLS Cup, as well as the 2017 and 2020 teams that made the Final. Most recently, he helped Seattle become the first-ever team to win the Concacaf Champions League last May. He was also named to the MLS Best XI in 2020, as well as earning an MLS All-Star selection in 2022. After recovering from an ACL tear in 2018, Morris won MLS Comeback Player of the Year in 2019, scoring 13 goals in all competitions. On the international scene, Morris has 51 caps for the U.S. Men’s National Team, most recently appearing in two matches during the FIFA World Cup Qatar 2022TM.

“Jordan and Cristian are exceptional players who have grown tremendously on and off the field since joining the club,” said Sounders FC Head Coach Brian Schmetzer. “Danny has become good professional in his young career, and we are looking forward to his continued development. I’d like to congratulate all three players and am pleased about their continued time with the club.”

Roldan, 27, was the 16th overall selection by Seattle in the 2015 MLS SuperDraft out of the University of Washington. Since joining the Rave Green, Roldan has become one of Sounders FC’s most tenured players, currently ranking third all-time in appearances with 280 across all competitions,…