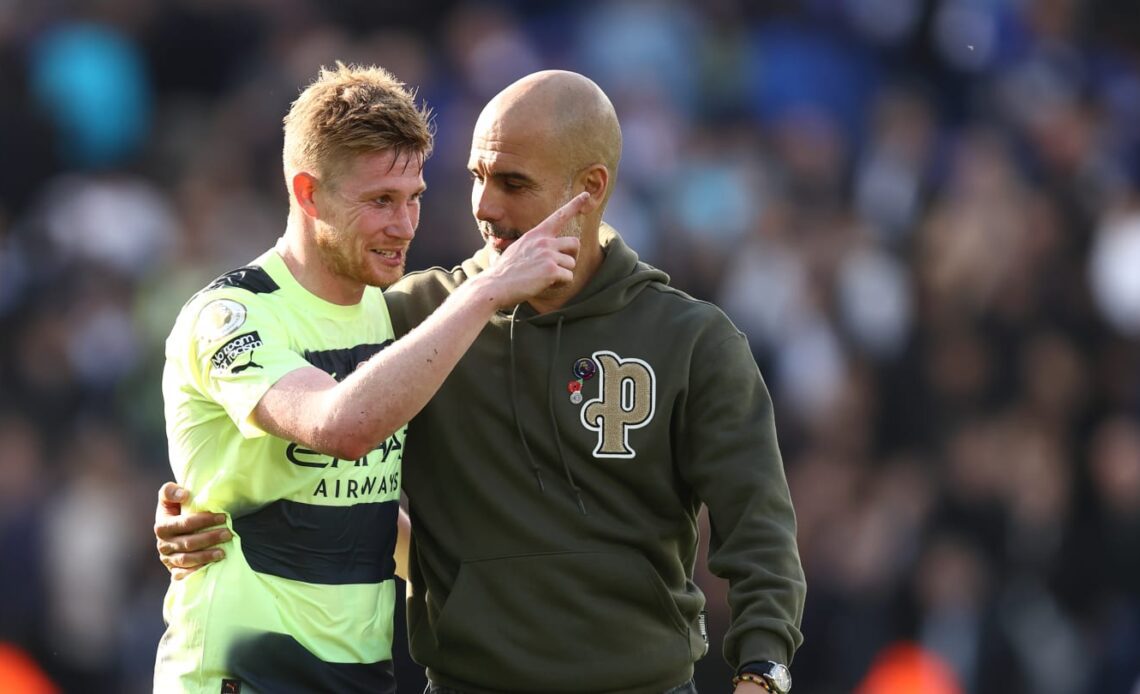 Pep Guardiola has confirmed that Manchester City star man Kevin De Bruyne will be available for the Premier League clash with Tottenham on Thursday night.

The midfielder was not at training on Tuesday, sparking rumours of an injury. However, in his pre-match press conference on Wednesday ahead of City’s meeting with Tottenham Hotspur, Guardiola confirmed that the Belgian was back in training after one day on the sidelines.

“He had a personal issue and was not training [on Tuesday]. Today he is back,” the boss said.

Along with the news regarding De Bruyne, Guardiola also provided an update on the fitness of John Stones and Ruben Dias, both of whom have now returned to training following injury lay-offs.

“[Stones and Dias] are back. In the last two training sessions they have trained really well and they are in contention. We will train this afternoon. We will see the way we have to play and who is going to play,” Guardiola added.

City go into the game in a rather torrid run of form, having lost to both Southampton and archrivals Manchester United in quick succession. They’ll take solace, however, in the fact that Tottenham enduring an even worse run of form – losing to Arsenal and Aston Villa in recent weeks.