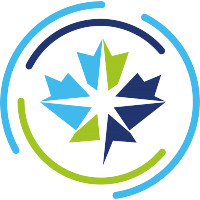 Toronto, ON – Canadian Premier League (CPL) Commissioner, Mark Noonan, today announces that the CPL Board of Governors has unanimously voted to terminate Fath Sports Limited’s right to operate FC Edmonton, effective immediately, per the terms of the CPL Constitution. As a result of this decision, the League will not operate a team in the market for the 2023 season.

“I have made it clear since I became Commissioner that we need certain conditions in each of our markets for our clubs to be successful on and off the field. After careful review, these conditions simply didn’t exist at FC Edmonton, consistently resulting in the smallest league average attendance, lowest revenue, and poor performance in the standings, despite incremental league investment. The die-hard supporters and soccer community of Edmonton deserve better,” said Noonan.

“This decision, while painful in the short term, will allow us to reset the market for a CPL return to Edmonton in the future. The key to this return is having a proper facility to showcase our matches and provide a first-rate fan experience. Unfortunately, Clarke Stadium in its current state is outdated and not suitable for this purpose. We look forward to working with the City of Edmonton leadership on a strategy to return CPL to the market in an appropriate facility. With the right venue, we fully believe Edmonton can, and should be, one of the best markets in the CPL.”

The CPL is actively engaged in discussions with prospective world-class ownership groups about bringing a new CPL franchise to Edmonton when more favourable conditions can be established in the market.

“I would like to thank Tom and Dave Fath for their decades of commitment to growing soccer in the city of Edmonton. They love the game, love the city and have been passionate advocates for Canadian soccer. I am saddened that this has not worked out the way they had envisioned and wish them nothing but the best,” Noonan said. “To the FC Edmonton players and staff, I also thank you for your commitment to the club and the CPL under challenging circumstances.”

With the addition of Vancouver FC, the CPL will continue as an eight-team league in 2023 with 184 roster spots, maintaining the same number of players as in 2022. All FC Edmonton players that are not free agents will either return to their parent clubs and/or be eligible for selection by the existing CPL franchises.