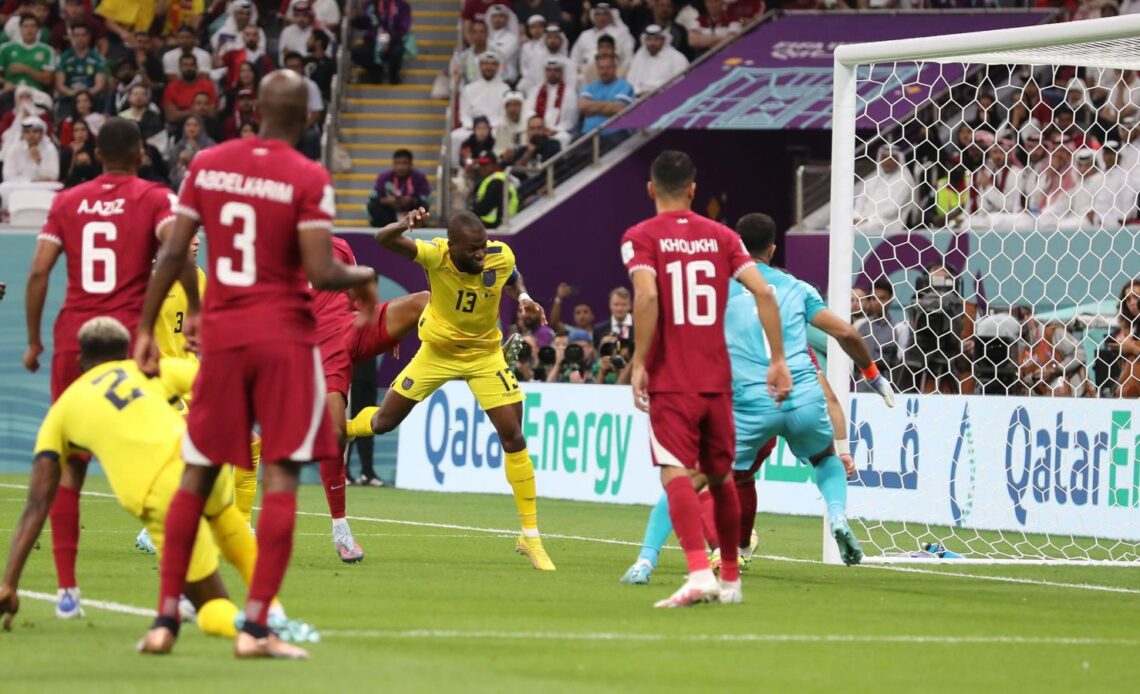 We’ve thought about it and decided that opening World Cup match went pretty much as well as anyone could have hoped.

It was rubbish, Qatar were dreadful, and everyone got to unload all their VAR jokes and grievances inside the first five minutes. For this particular opening game at this particular World Cup, we couldn’t have asked for more.

At some point a genuinely brilliant game of football is going to come along and, despite ourselves, we’ll get excited about it. But this game was assuredly not that game, and the longer we can maintain snooty disdain for everything about this tournament the better.

Mainly, we’re also childishly invested in Qatar doing terribly. And on that score this really was unimprovable. They were honking. Ecuador are a middling international side who put in half-an-hour of concerted effort and an hour of canny low-energy game management that absolutely never looked likely to come back and bite them. They remained levels above Qatar at all times, and the hosts’ failure to spend any of the last 12 years trying to source and train a proper goalkeeper already looks like a catastrophic but hilarious mistake.

There will be plenty out there who argue that having a VAR decision go Qatar’s way just three minutes into the tournament is a bit on the nose, a bit hack, a bit rejected-in-the-writers’-room-for-being-too-obvious. To those people we say, one, that whole “bit on the nose, lazy writing” is itself extremely cliche and hack which is why we’re having our cake and eating it by framing it this way. But two, and more importantly, no. This was excellent. This was the very ideal way for the tournament to start. A VAR decision for all Twitter!

We desperately wanted this game to be boring and for Qatar to be well beaten, and it was precisely that. But that was always going to mean some banter being needed along the way to keep everyone going, and that was hugely enjoyable VAR nonsense on every level. If the game is going to be ruined, at least try and make it funny.

Offside decisions like this one are the very best sort of VAR decision. They allow everyone to say “technically correct” in a sniffy way, but what’s good about that is “technically correct” really just means “correct”. What the sniffiness really comes from is that these sort of offside decisions – and this one was a pretty much perfect example – were not only never given offside before VAR but most importantly were never even discussed, and…