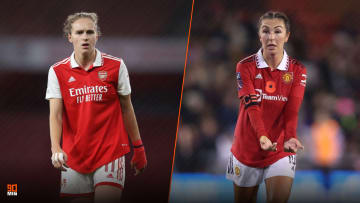 Arsenal have announced that Edu Gaspar has been promoted to the role of sporting director.

The former Gunners midfielder initially rejoined the club as technical director back in 2019 and he had been in talks recently over a new contract.

It was confirmed on Friday that Edu will be staying at the Emirates Stadium in a role that will see him take more responsibility of the academy in addition to the men’s and women’s senior teams.

“I’m delighted to have this new role which I see as an evolution and consolidation of the way we’ve been working. We are making good progress in all areas of our men’s, women’s and academy and we are all excited about what can be achieved,” Edu told Arsenal channels.

“I look forward to building on the hard work of so many people and helping all of us grow together and enjoy more success, and am thankful for the trust the club has put in me. We move forward together.”

Chief Executive Vinai Venkatesham added: “We are delighted that Edu is recommitting his future to the Club that he so clearly loves, after making such a positive and critical contribution to our progress in his time with us so far.

“Edu’s promotion formalises his already growing influence over our Academy operations, and we look forward to Per [Mertesacker, academy manager] and Edu working together to strengthen the integration between our men’s first-team and Academy yet further.”

Everything you need to know about Arsenal vs Man Utd in the WSL at the Emirates Stadium – 19 November 2022.

Everything that Marc Skinner said in his pre-match press conference ahead of WSL clash between Man Utd & Arsenal.

Jonas Eidevall has provided an injury and availability update on Arsenal’s key players ahead of their WSL clash with Man Utd.