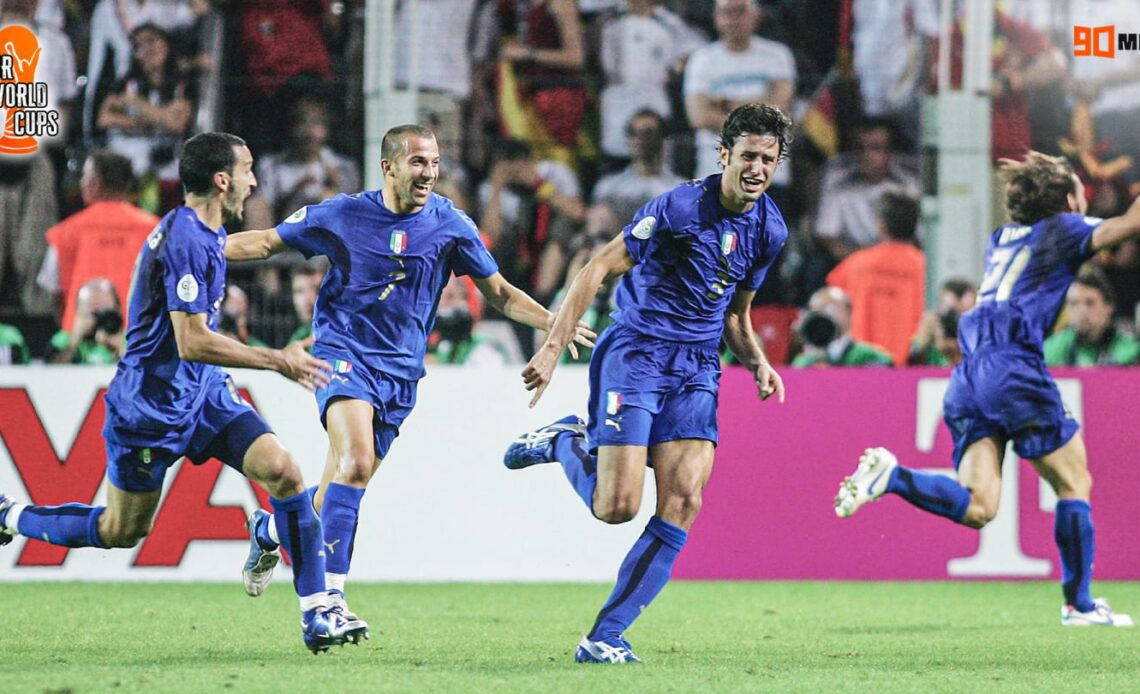 Every time I hear ‘You’ll Never Walk Alone’ – that most legendary of all football anthems – I am immediately reminded of Italy’s epic win over Germany at the 2006 World Cup.

I feel very lucky to have been at that Biblical encounter at the Westfalenstadion in Dortmund. It’s the greatest footballing experience of my life – and I doubt it will ever be surpassed.

I travelled to Germany with my friend Giuseppe to follow Italy’s journey. We had already been at all of the Azzurri’s previous five games on route to the semi-final.

We had seen Daniele De Rossi rearrange Brian McBride’s face. We had been attacked by angry Aussies in the street after Fabio Grosso’s ‘dive’ in the last 16.  And we had accidentally booked a hotel bang in the middle of Hamburg’s red-light district before the quarter-final win over Ukraine. Big mistake!

Harry Symeou hosts Jack Gallagher & Toby Cudworth to look back on Germany ’06 as part of the ‘Our World Cups’ series. We take a trip down memory lane – join us!

But watching Italy beat Germany from Dortmund’s famed south terrace, ‘The Yellow Wall’, was naturally the most memorable encounter of all.

It was a gripping contest that ebbed and flowed for 120 mesmerising minutes. It was end-to-end stuff for much of the game – attacks against defence with gaping holes in the centre of midfield.

Italy finished the game with four attackers, had 11 shots on goal and hit the woodwork twice. Germany, meanwhile, had big chances of their own – with Gianluigi Buffon making super saves from Bernd Schneider and Lukas Podolski, who also headed a great opportunity wide too.

Somehow, heading into the final minute of extra time, the score was still goalless.

Italy earned a corner at the goal we were behind. I turned to Giuseppe and told him not to watch. It had become a running joke during the tournament that it was good luck when he closed his eyes. Marco Materazzi had nodded home Italy’s opener versus Czech Republic from a corner Giuseppe put his head down for. I also stopped him from watching Francesco Totti’s penalty winner versus Australia.

“For a few seconds, I felt like I was in an altered state of consciousness. We were surrounded by Germany fans and a stunned silence filled almost the entire stadium.”

Could this trick work a third time?

The corner found its way to Andrea Pirlo on the edge of the area. The Milan playmaker delivered a sumptuous no-look pass to Grosso inside the box on the right.