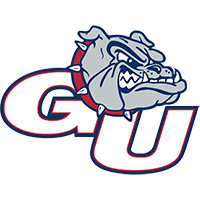 » Nicholas Kaloukian had a team best four shots, two of which were on goal.

» Hayden Evans earned the start in goal and made six saves.

» Four freshmen made their collegiate debuts against Duquesne

The Wolverines (0-1-0) outshot the Dukes (1-0-0) 21-8, including taking 12 shots compared to Duquesne’s one in the second half, but a late first-half goal sealed Duquesne’s victory.

Freshmen Nicholas Kaloukian, Nolan Miller and Dubem Obilo all earned their first career starts and Oliver Martin came off the bench in the second half.

Kaloukian led the Wolverines offense with four shots, two of which tested the Duquesne keeper, while both Cameron Martin and Quin Rogers took three shots with one each that reached goal. Sophomore Hayden Evans earned the starting job in goal, making six saves.

Cameron Martin took two early shots for the Wolverines before U-M upped the tempo with back-to-back shots from Kaloukian and Kevin Buca. Despite the pressure from the Michigan offense, Duquesne found the first goal of the match when a pass from the left side of the field off a free kick found the striker for a goal in…