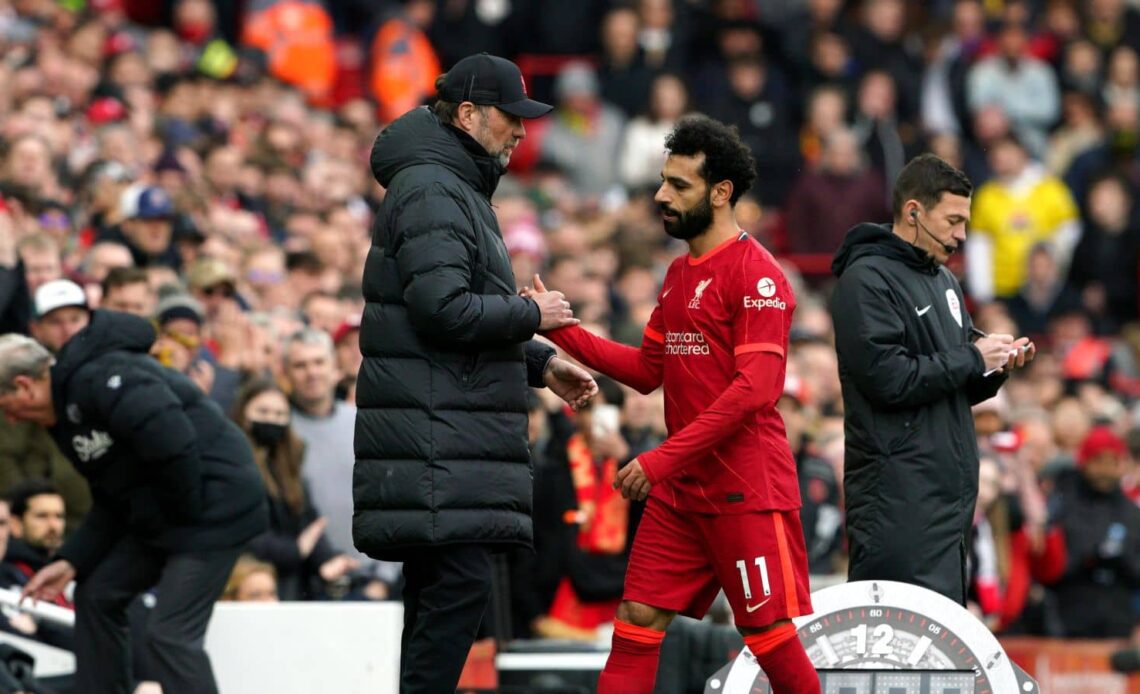 Jurgen Klopp has challenged Mohamed Salah to improve his Liverpool decision-making in crucial moments as he looks to finish the season on a high.

The Egyptian winger has been the star man at Anfield this season following 28 goals in 37 games. Twenty of those have come in the Premier League and he is therefore on course for a third Golden Boot.

However, he has not scored in five games for club and country in all competitions.

And the talk more recently has focused on Salah‘s contract. His current terms run out at the end of next season. But, he has reportedly compromised on his demands to put a new deal within touching distance.

On the flipside, though, Paris Saint-Germain have supposedly joined Barcelona in the hunt for the 29-year-old.

Liverpool boss Klopp reiterated his stance that “the decisive parties are talking” and once again shut down talk over his contract. He instead turned the attention on Salah’s on-pitch duties.

Klopp insisted that the winger is performing as he should, but that he can improve in key areas.

“He might not have scored from open play, there may be a penalty here or there, but that’s not too important,” the manager told a press conference.

“The performance level is important for me, the threat he is for other teams, how he brings players together in the moment.

“When he gets the ball, two or three players are going for him and in these moments he could decide in a better way, no doubt about that. He could pass the ball…