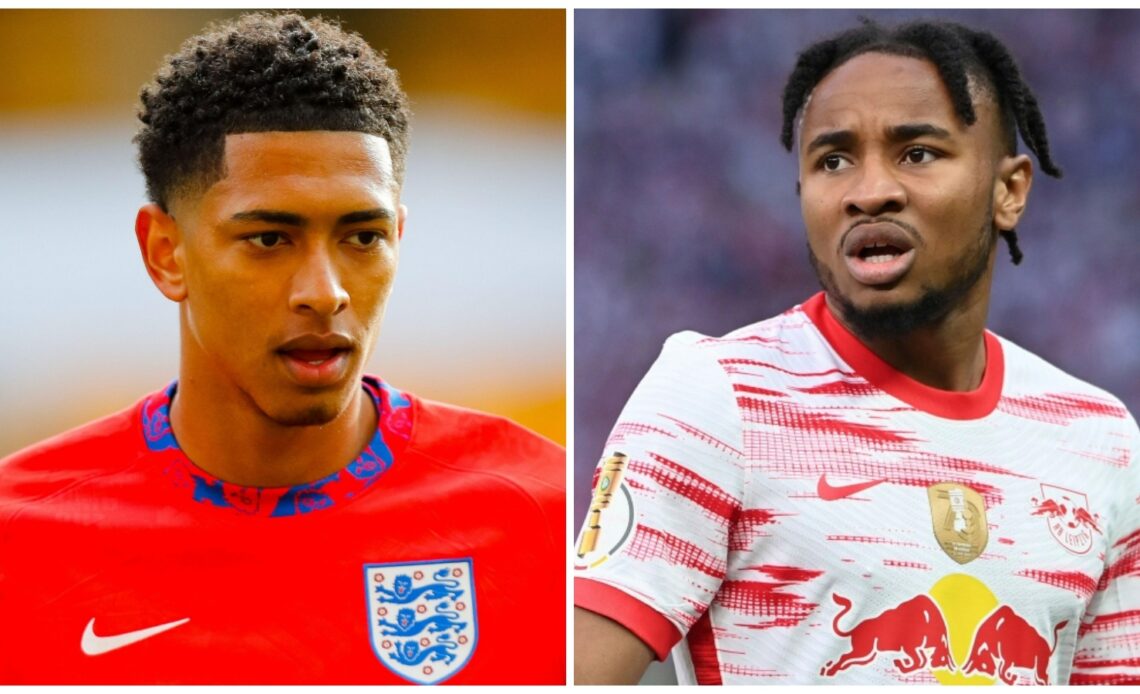 Moving onto the Bundesliga, we pick ten players that should move to the Premier League in the summer transfer window.

You can find our take on potential Ligue 1 transfers here.

Christopher Nkunku (RB Leipzig)
The French attacker was one of the hottest players in Europe last season and his form was rewarded with a maiden call-up to his national team, with Didier Deschamps giving him a chance to shine on the international stage. Nkunku bagged a measly 35 goals and contributed with a rather pathetic 19 assists across all competitions last term, and it is no surprise that he is attracting interest from a host of top clubs.

Manchester United are keen, as are Chelsea and Arsenal. The 24-year-old can operate on either flank, in behind the striker as a playmaker or a goal threat, or as an out-and-out No. 9, making him a very desirable player. He would be perfect for Thomas Tuchel’s Chelsea and he could be the man to finally lead the line with purpose for the Blues, having struggled to recruit an excellent and consistent No.9 since Diego Costa left Stamford Bridge.

Florian Wirtz (Bayer Leverkusen)
Wirtz is one of the best teenage footballers in the world and I have previously called for him to move to the Premier League, so it is no surprise that he features on this list. Valued at £63million by Transfermarkt, the 19-year-old already has four caps for Germany and is Bayer Leverkusen’s star player, filling Kai Havertz’s boots very nicely after his compatriot joined Chelsea in 2020.

Another versatile attack-minded player, Wirtz is the fourth-youngest player to play in the Bundesliga (17 years, 15 days) and is showing an awful lot of promise. Last term, the youngster had seven goals and ten assists in the league, whilst only playing 24 games. In his first seven domestic games of the season, Wirtz scored four and assisted six.

Unfortunately for him, and for potential suitors, Wirtz tore his ACL in March, which makes a summer transfer unlikely; however, stranger things have happened.

Jude Bellingham (Borussia Dortmund)
The second wonderkid in a row, Bellingham is already lighting it up on the domestic, continental and international stage at the age of 18. The Stourbridge-born playmaker was signed by Borussia Dortmund from Birmingham for £22.5m and it would not be unreasonable for him to leave for over £100m.

Real Madrid are believed to be interested, as is probably every single Premier League team. Bellingham has it all and has looked like a grown…