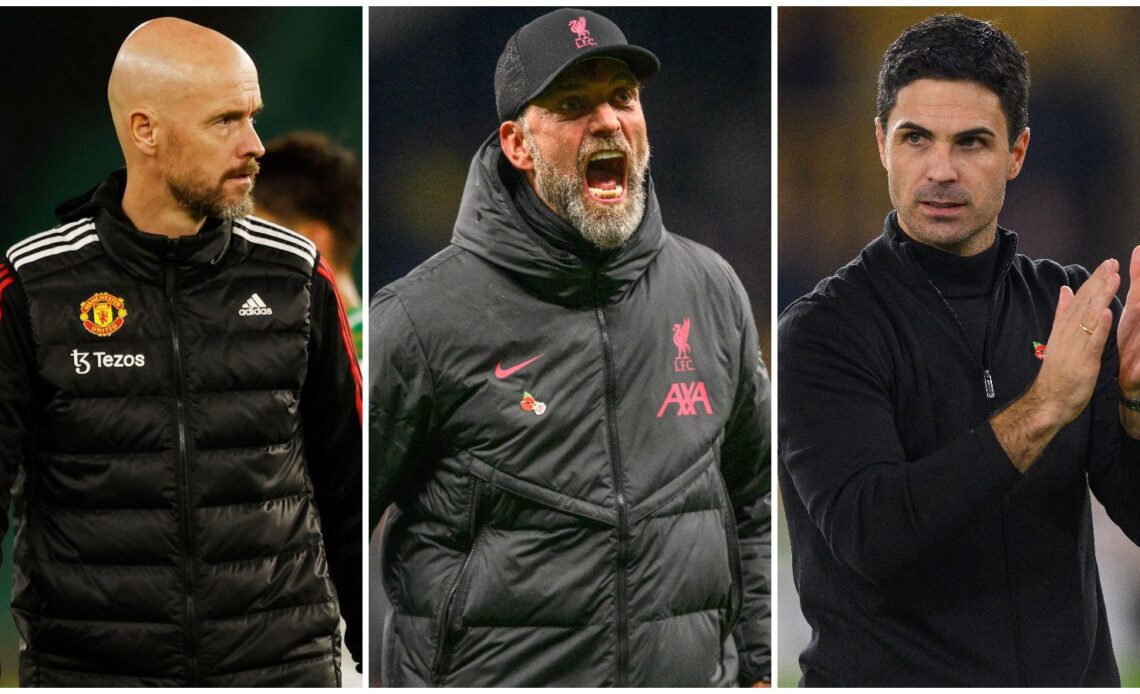 Midfielders and right-backs are set to be in high demand as next week’s deadline creeps closer. Some of the big boys might hold fire until the summer; some of the strugglers simply can’t wait.

Here’s what still needs to be done at every club…

Arsenal – central midfielder
Arsenal wanted an attacker – they really wanted Mykhaylo Mudryk – but they weren’t going to have their pants pulled down. Instead, for around half a Mudruk, they’ve got Leandro Trossard and Poland defender Jajub Kiwior. If that’s all they do, it’s been a decent month. But another midfielder to bolster their engine room would be lovely too. They left it late in the summer to move for Douglas Luiz so don’t be surprised if they do something similar in the coming week.

READ: Four Arsenal players in need of an upgrade (because we couldn’t think of five)

Aston Villa – winger
Unai Emery was very clear at the start of the month: “We need a winger. A specialist winger. We are trying to find one.” So far, Villa have stumbled across a full-back who can play further forward and a forward who sometimes plays off the flank. And he’s not yet ready for regular action. They could also have done with reinforcements at centre-back even before Jan Bednarek was summoned back to Southampton.

Bournemouth – midfielder
New owner Bill Foley suggested Bournemouth could sign “four of five players” this month, which leaves them a week to add to £20million winger Dango Ouattara. The Cherries could certainly use another attacker, as well as a centre-back, but a central midfielder should be their priority in the coming week.

Brentford – no one
Look at Brentford there, all smug and sorted. They needed a forward to act as cover for Ivan Toney and they got one in Kevin Schade. Great for them but their continued competence is infuriating for features like this.

Brighton – hold what they have
The Seagulls saw the sense in allowing Trossard to leave but that should be all. And knowing Brighton, it will be, unless Chelsea lose their minds over Moises Caicedo in the next week. Which absolutely could happen.

Chelsea – midfielder
Speaking of whom, Chelsea might not see it as quite so daft to spend enormous money on Caicedo since they really do need a central midfielder. They have tested the water around the Brighton star as well as Enzo Fernandez and Franck Kessie. It wouldn’t be a surprise to see any of them – or literally anyone else – holding up a blue shirt for…