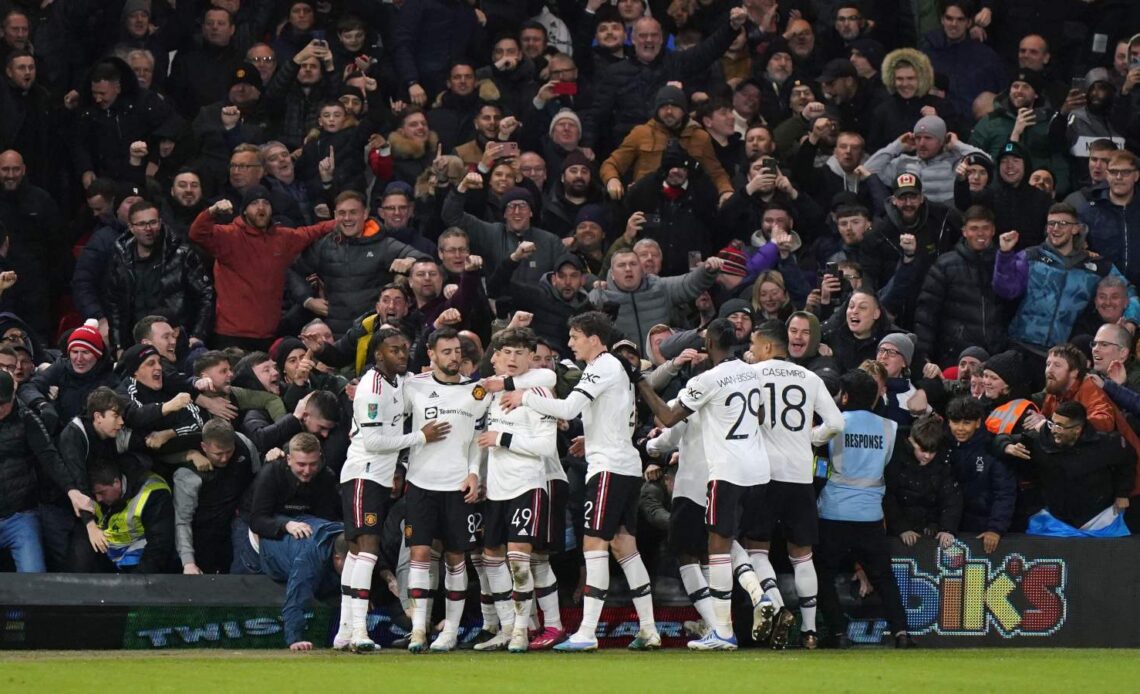 First-half goals from Marcus Rashford and Wout Weghorst and Bruno Fernandes’ late third at the City Ground mean that only a miraculous turnaround in next week’s second leg will stop United appearing in the League Cup final at the national stadium next month.

Rashford’s strike was a moment of individual brilliance as he raced 50 yards and converted, Weghorst celebrated his first goal for the club since his loan move from Burnley while Fernandes effectively killed the tie at the death.

The win put United on the brink of returning to Wembley for their first domestic showpiece since losing the 2018 FA Cup final and Erik ten Hag will have the possibility of ending the club’s trophy drought, which stretches back to 2017, firmly in his sights in his first season at Old Trafford.

Forest, whose history in the League Cup is almost as rich as United’s with four titles in 12 years under Brian Clough, will see this as a missed opportunity to go to Old Trafford next week with something to hold on to.

They had a strong period in the first half where Sam Surridge had a goal disallowed and Morgan Gibbs-White and Brennan Johnson had decent opportunities.

But Ten Hag’s side cruised to the win on the banks of the Trent and will be circling February 26 in their calendars for a Wembley day out, while Forest will need to channel their former manager Clough in hope of a miracle.

The two sides famously met in the 1992 League Cup final at Wembley, which United won thanks to Brian McClair’s goal, and the current crop showed they are keen to get back there this year.

Ten Hag named his strongest side possible and was rewarded with an early lead as Rashford’s sublime form continued with a brilliant individual goal.

The England international, who has scored in the previous three rounds of this competition, picked up the ball in his own half, carried it to the other end of the pitch, darted in between Joe Worrall and Remo Freuler before beating Wayne Hennessey at the near post.

It was his 10th goal in 10 games since the resumption after the World Cup and his form has been the driving force behind United’s impressive run of results.