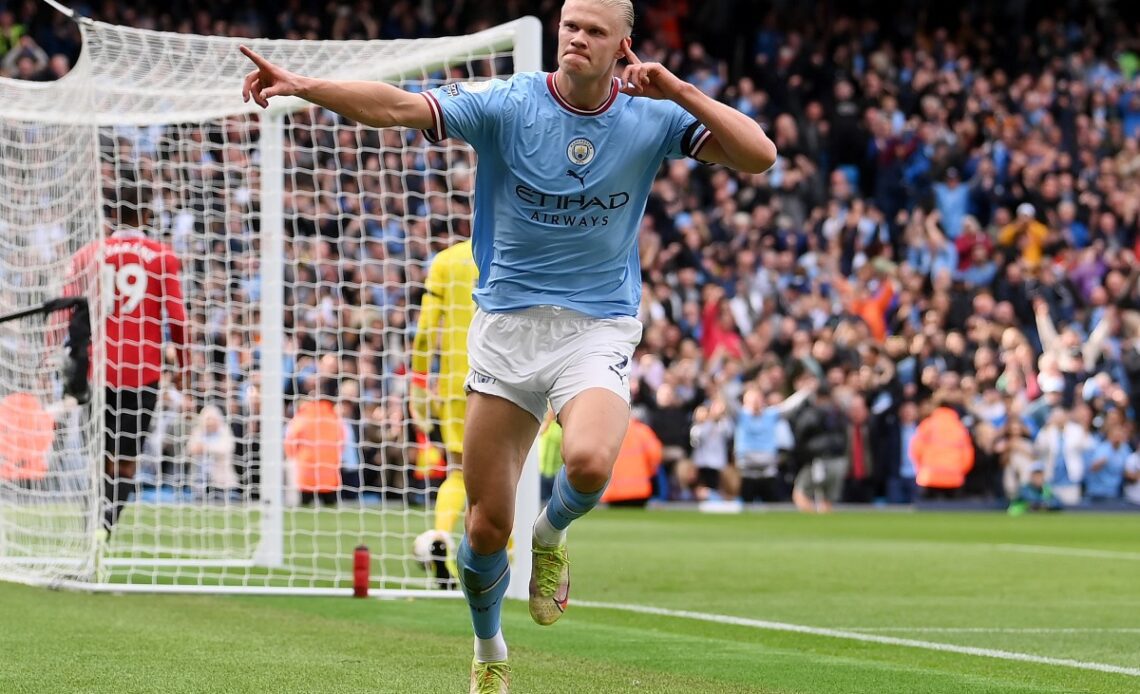 Erling Haaland has taken the Premier League by storm having only arrived on English territory seven months ago but that has not stopped his future from being discussed, despite another move being far down the line.

A lot of noise came out of Spain last year about Real Madrid wanting to sign the striker in the future and there were rumours of a Real Madrid-specific release clause in his current contract.

This was denied by the club and writing in his latest exclusive CaughtOffside column, Ben Jacobs has reiterated this by saying: “It’s not true that there’s a Real Madrid-specific release clause, and Pep Guardiola has gone on record denying this. In fact, there’s no active release clause in his contract, though things will change a little in the summer of 2024 when a €200m release clause starts to kick in, and it can only be triggered by non-Premier League clubs.

“This will also decrease the longer Haaland stays at Manchester City, but the clause doesn’t mean a great deal – if anyone outside the Premier League wishes to trigger it, they’d still ideally not want to match its terms. Even if they were prepared to meet the value and Haaland really wanted to go, but in that situation City would probably just negotiate anyway, though we’re so far from that scenario that it almost feels laughable to discuss it.”

Although Haaland is loving life at Man City, when speaking about who the striker’s possible next club could be, Jacobs thinks it is more likely to be PSG than Real Madrid.

When the time comes for the Norwegian to move on, the La Liga giants are likely to have long-term target Kylian Mbappe amongst their ranks and with his big wages potentially on the books, it is hard to see Real paying a huge transfer fee and massive wages to the Man City star.

Jacobs said on the situation: “If things go according to plan, City would also likely offer Haaland new terms further down the line, again making any 2024 release clause fairly redundant. So, the thing to reiterate here is that Haaland is loving life at City and thriving, so even if it’s true that non-Premier League clubs in 2024 could have the option, release clauses are usually so high, and paid in lump sums as well, which is not preferable to a suitor, it becomes relatively unlikely, if not impossible, for any club on the planet to…