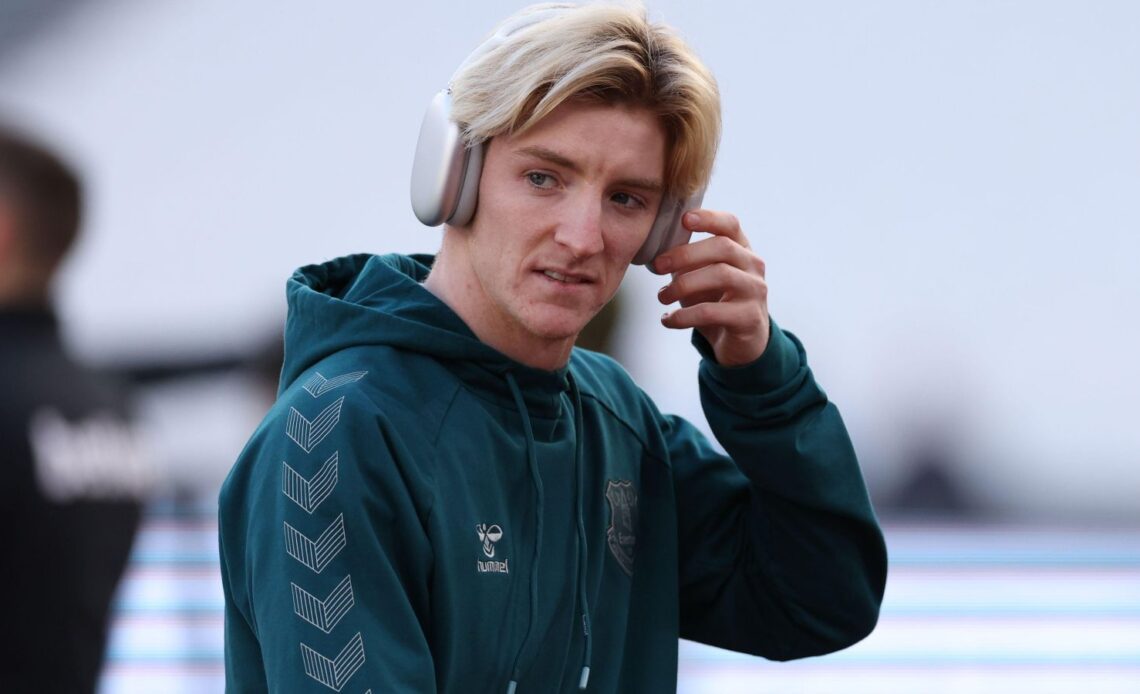 Newcastle United are reportedly ‘confident’ they will sign Everton winger Anthony Gordon before the end of the January transfer window.

Gordon impressed during the second half of last season as he helped the Toffees avoid relegation to the Championship.

His form this term has been less impressive, however, amidst speculation about his future at Goodison Park.

Newcastle and Chelsea both tried to sign the England Under-21 winger in the summer transfer window and had bids rejected with Everton asking for £60million.

The Toffees were reluctant to let one of their best players leave at the time but are believed to be a bit more willing this month with the player not hitting the heights of 2021-22.

Everton sacked Frank Lampard on Monday and could do with the funds to bring in a new manager, who will have a huge job on their hands with the club sat 19th in the Premier League after 20 games.

It is believed that Gordon is still valued as high as £60m with Chelsea and Newcastle still keen.

Multiple reports say the Magpies are confident they will complete the signing of Gordon ahead of the Blues.

After a failed £35m bid in the summer, Eddie Howe’s side have ‘rekindled their interest’ in the 21-year-old, according to The Telegraph.

Newcastle ‘believe Everton are willing to sell’ before next Tuesday’s transfer deadline, even though both sides are far apart in their valuations.

The Geordies are ‘keeping their options open’ and do not want overpay for Gordon.

Another player they are reportedly interested in is Chelsea winger Hakim Ziyech, the report adds.

The Morocco international will definitely be a cheaper option and might even join on loan with an option to buy at the end of the season.

A report from Goal adds that Tottenham are also keen, though the Geordies are currently in ‘pole position’, with Everton’s valuation apparently a little lower at £50m.

Gordon reportedly did not show for training on Tuesday, though it was later revealed that his absence was planned.

There is a lot going on at Everton, who have been put up for sale by Farhad Moshiri, according to The Guardian.

The Toffees had been expected to announce the loan signing of Villarreal attacker Arnaut Danjuma on Tuesday, however, Tottenham have hijacked the deal.

They desperately need new recruits before the winter window closes with relegation a growing possibility.

As well as new players, Everton need a new manager and are believed to be looking to appoint former Leeds…