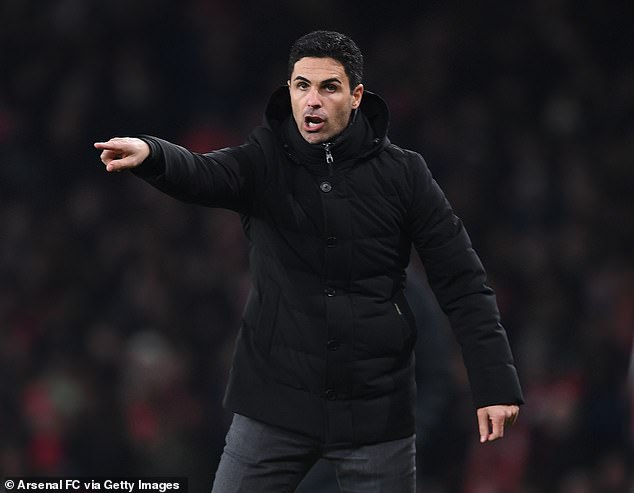 By Daniel Matthews For The Daily Mail

Mikel Arteta has conceded Arsenal need another midfielder – and could be forced into the January transfer market – following an injury to Mohamed Elneny.

The manager said there are ‘concerns’ over Elneny’s knee problem, suffered in training before this month’s north London derby.

Declan Rice has already emerged as Arsenal’s top target this summer, with Arteta prepared to break the club’s transfer record to sign the England international. 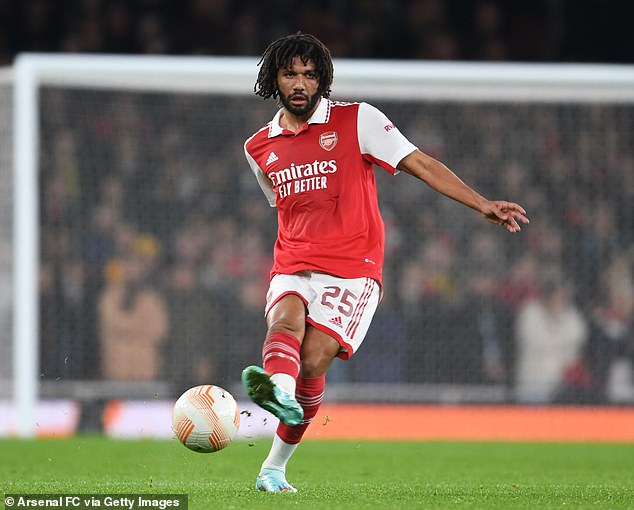 But the club could now try for a January signing, too, with Everton’s Amadou Onana and Brighton’s Moises Caicedo among those linked with Arsenal ahead of Tuesday night’s deadline.

Both would be expensive but the manager said on Wednesday: ‘If there’s anything else available that can make us better we’ll look at it… we need some more cover in midfield ideally if we can.

‘In this market it’s pretty complicated to do that. The most important thing is that we get the performances and the time on the pitch that we need with the players we have available today that are already really good.’

Without Elneny, Albert Sambi Lokonga is the only regular back up to Thomas Partey in holding midfield. 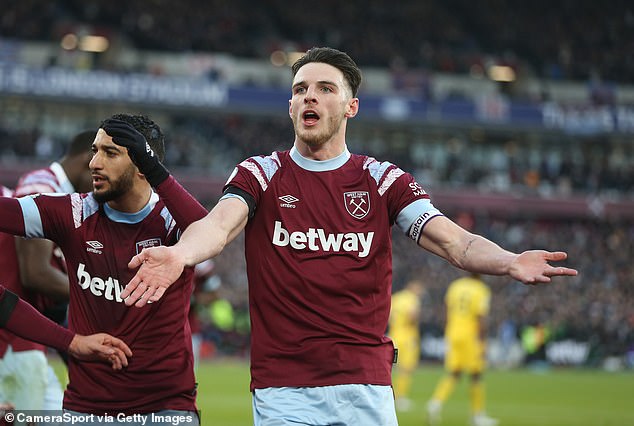 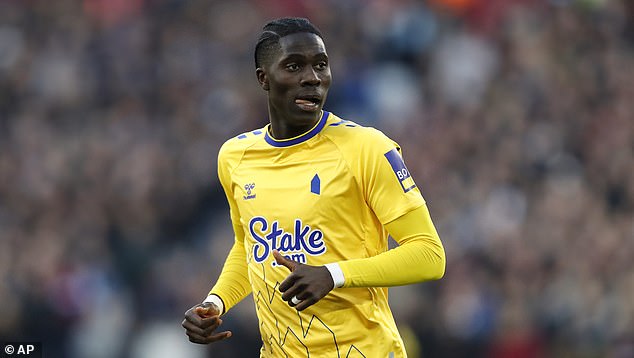 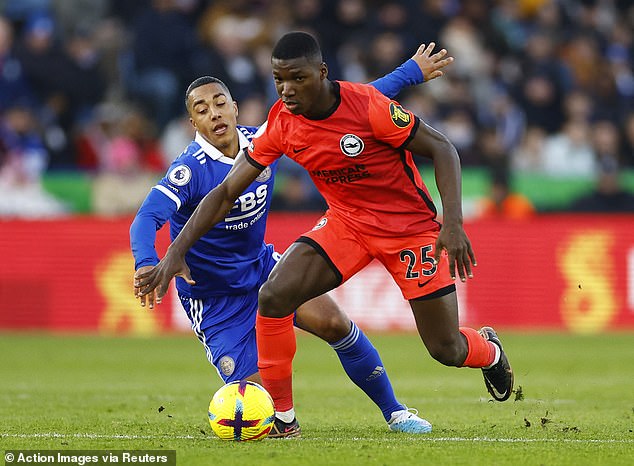 And when Arteta was pressed on whether the 30-year-old could miss the rest of the campaign, he simply said: ‘There are concerns, especially (because) Mo is a player…