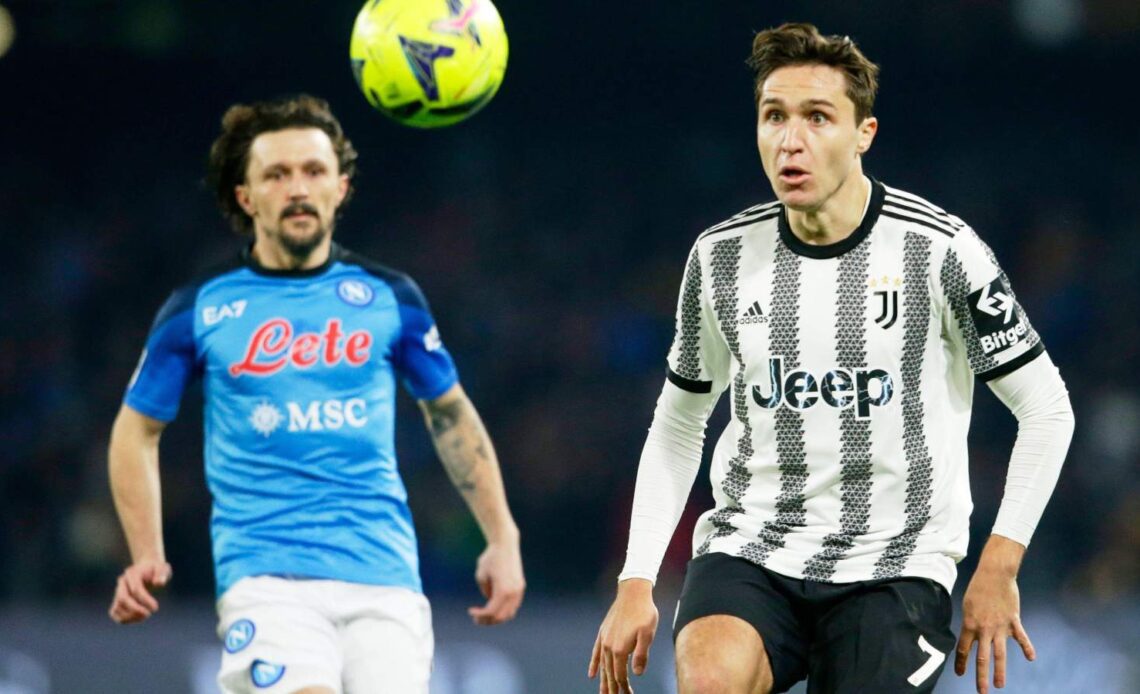 Arsenal manager Mikel Arteta has made Juventus and Italy winger Federico Chiesa his ‘number one objective’, according to reports.

Liverpool reportedly targeted Chiesa in the past and the Reds were once again linked with the Italian this week.

Jurgen Klopp is apparently a big fan of the player, with Real Madrid also eyeing up a move.

After some terrific performances at club level, Chiesa showed fans how good he is during Euro 2020, helping Italy win the tournament.

The 25-year-old recently recovered from a long-term knee injury that he sustained in January 2022. His return came in November in the 2-1 Champions League defeat to Paris Saint-Germain.

Juventus are going through an extremely difficult spell at the moment and could be open to selling some of their star players in the summer.

The Old Lady were deducted 15 points following an investigation into their past transfer dealings and now face an uphill battle to finish in the top four in Serie A.

Paul Pogba has obviously been linked with a return to Manchester United as a result, while Dusan Vlahovic’s future remains uncertain.

Vlahovic was a top target for Arsenal last year and some reports in Italy claim the Gunners still want to sign him; however, this transfer feels extremely unlikely given the seasons Gabriel Jesus and Eddie Nketiah are having.

While the signing of a new striker is not on the cards, Arteta is hoping to bolster his midfield and wide areas.

Arsenal made several bids to sign winger Mykhaylo Mudryk earlier this month before he joined Chelsea.

After missing out on Mudryk, the Gunners signed Leandro Trossard from Brighton, with the Belgian brought in to provide depth for Gabriel Martinelli and Bukayo Saka.

Another winger could be signed in the summer transfer window and if Arsenal can hold on and win the Premier League title, who knows what sort of player they can attract.

This time last year, rumours linking a player like Chiesa to the Gunners would have been laughed off, but given their incredible form and Juventus’ woes, it now feels very possible.

According to Calciomercato, Arteta has made Chiesa his ‘number one objective’.

The report states that Chiesa could be ‘one of the great sacrifices’ made by Juventus with the ‘probable’ lack of Champions League football set to have a large effect on their revenue.