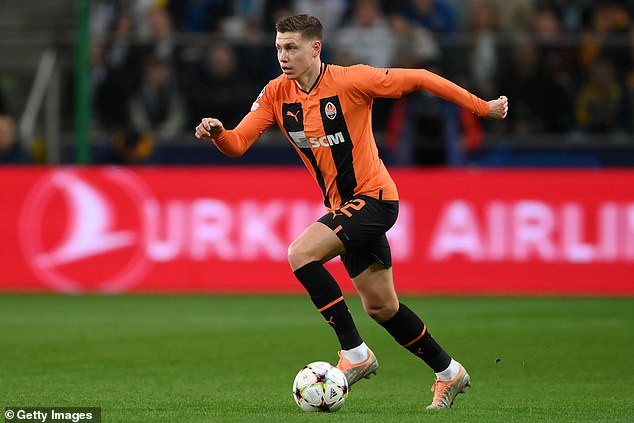 The south coast club have been in talks with their Ukrainian counterparts in recent days, as revealed by Sportsmail, and have now made a formal bid for the 26-year-old.

However, they appear to have fallen some way short of Shakhtar’s valuation of the player, who are holding out for a fee in excess of £20m.

Brighton have made an opening £10m offer for Mykola Matviyenko, but it has been rejected 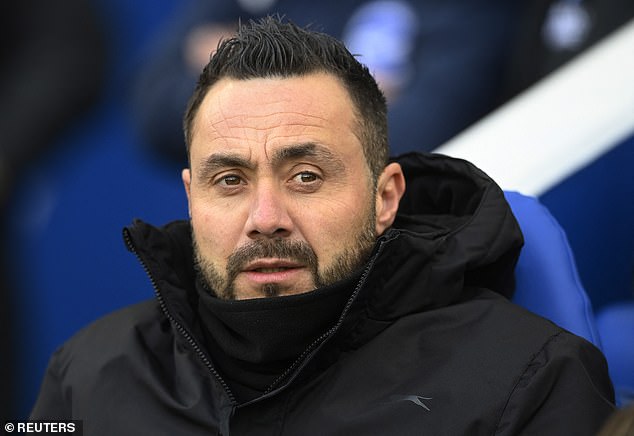 Matviyenko was an ever-present at the heart of the Shakhtar defence before Christmas, playing every minute of the side’s Champions League campaign.

He has made 150 appearances for the club, and also has 54 caps to his name at international level.

Brighton are keen to add cover in defence after losing Levi Colwill to injury last week.

The promising centre-back is expected be out for up to six weeks with a muscle problem. 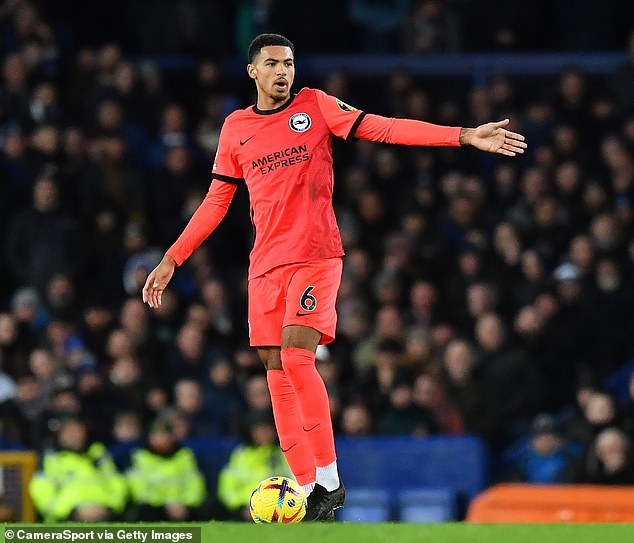 Brighton are currently without on loan Levi Colwill, who is sidelined with a muscle problem

Shakhtar have already done business with a Premier League club this month after they sold winger Mykhailo Mudryk to Chelsea.

With Arsenal also showing interest in Mudryk, the Ukrainian outfit held firm and eventually got the fee they wanted before allowing the 22-year-old to leave for £88m.

They also appear to be in a strong position when it comes to negotiating a fee for Matviyenko, who still has over two years left on his current deal.