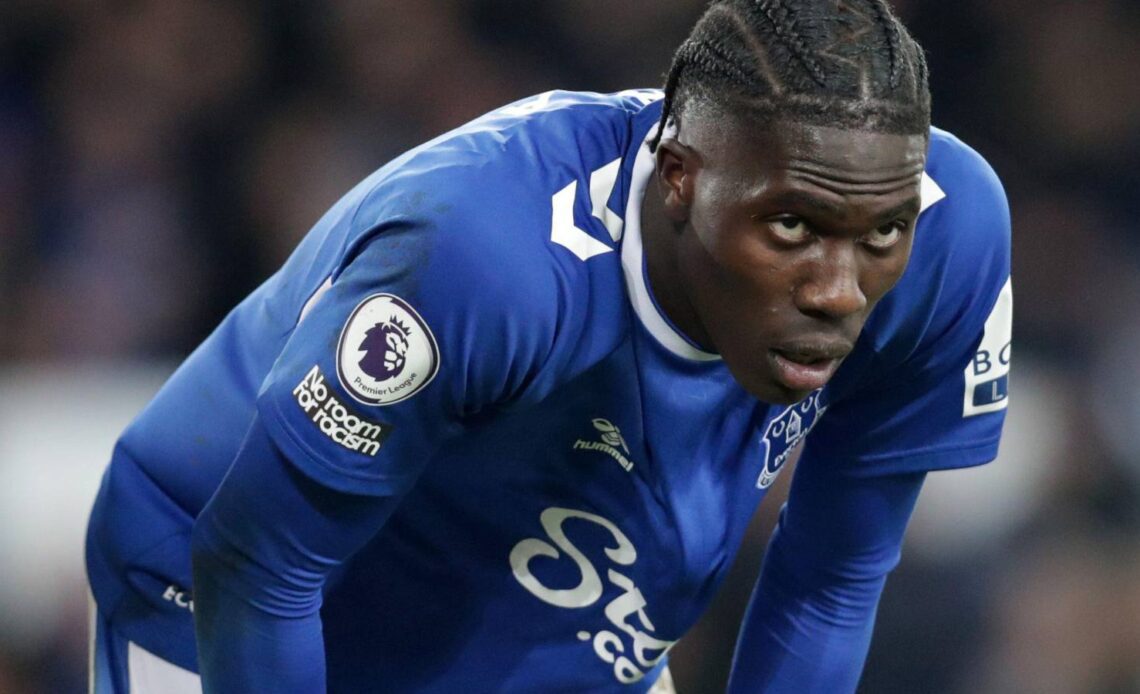 Anthony Gordon and Amadou Onana failed to turn up for Everton training on Tuesday, according to Sky Sports.

It has been a turbulent few days for the Toffees, who sacked manager Frank Lampard on Monday following their 2-0 loss at West Ham United on Saturday.

Marcelo Bielsa and Ralph Hasenhuttl are the current favourites to replace the former Derby County and Chelsea boss.

There was some positive news expected to come on Tuesday with the announcement of the loan signing of Arnaut Danjuma imminent.

However, Premier League rivals Tottenham have swooped in at the 11th hour to hijack the deal despite a medical and all media duties with Everton being complete.

The only thing left to do was sign his contract, yet Danjuma has traveled down to London to complete a move to Spurs, which is just absolutely brutal for Everton.

Fans are sick and tired of their club and are fearing relegation with their team joint-bottom of the Premier League with three wins from their opening 20 matches.

One of Everton’s best players during the second half of last season was Anthony Gordon, who attracted interest last summer but stayed put.

Gordon has been less impressive this term but remains linked with a move elsewhere.

Newcastle United are reportedly leading the race, with Chelsea – obviously – keen as well.

While some fans of the Goodison Park club may not be against selling Gordon, especially if they receive a whopping fee, with £60million being rumoured, they will not be happy to see news from Sky Sports that he has not reported for training on Tuesday.

Despite being Everton through and through, it would appear that Gordon wants out, and if he is pushing to leave by skipping training, fans will want nothing to do with him.

Onana has been a rare bright spark in Everton’s season following his big-money move from French club Lille.

The 21-year-old was linked with a move to Arsenal in the summer, and if he is available, Mikel Arteta might be on red alert with the Premier League leaders a bit light in midfield.

Capped four times for Belgium, Onana is a top player and will need to be on form if the Toffees are to avoid relegation to the Championship.