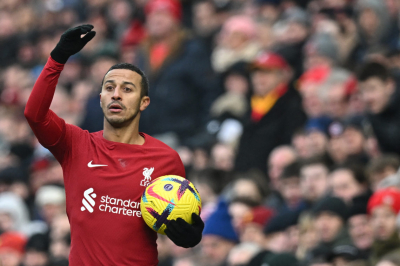 Review of the Day

Millwall’s goalkeeper trio Bartosz Bialkowski, George Long and Connal Trueman have all signed new contracts. Trueman has signed for the rest of the season, while the other two have agreed deals that tie them to ‘Wall “for the forseeable future” according to the club.

Harrogate Town’s captain Josh Falkingham has signed a two-year contract extension tying him to the club until 2025.

Girona defender Santiago Bueno has also agreed to stay with his club until 2026.

2028 is the year when Pablo Barrios’ new contract with Atletico Madrid will end.

Aston Villa have completed the signing of Jhon Duran from Chicago Fire for £14.75m initially, with a further £3.3m in add ons.

Arsenal have signed Polish defender Jakub Kiwior from Spezia for around £20m.

Norwich City midfielder Todd Cantwell has moved to Rangers. The 24-year-old would have been out of contract in the summer and was out of favour at the Canaries.

Henrique Araujo has joined Watford on loan from Benfica.

Brentford’s Charlie Goode has moved to Blackpool on loan.

Toulouse have paid almost £2m for Said Hamulic from DFK Dainava of the Lithuanian A Lyga.

Lorient have sent Quentin Boisgard to Pau on loan.