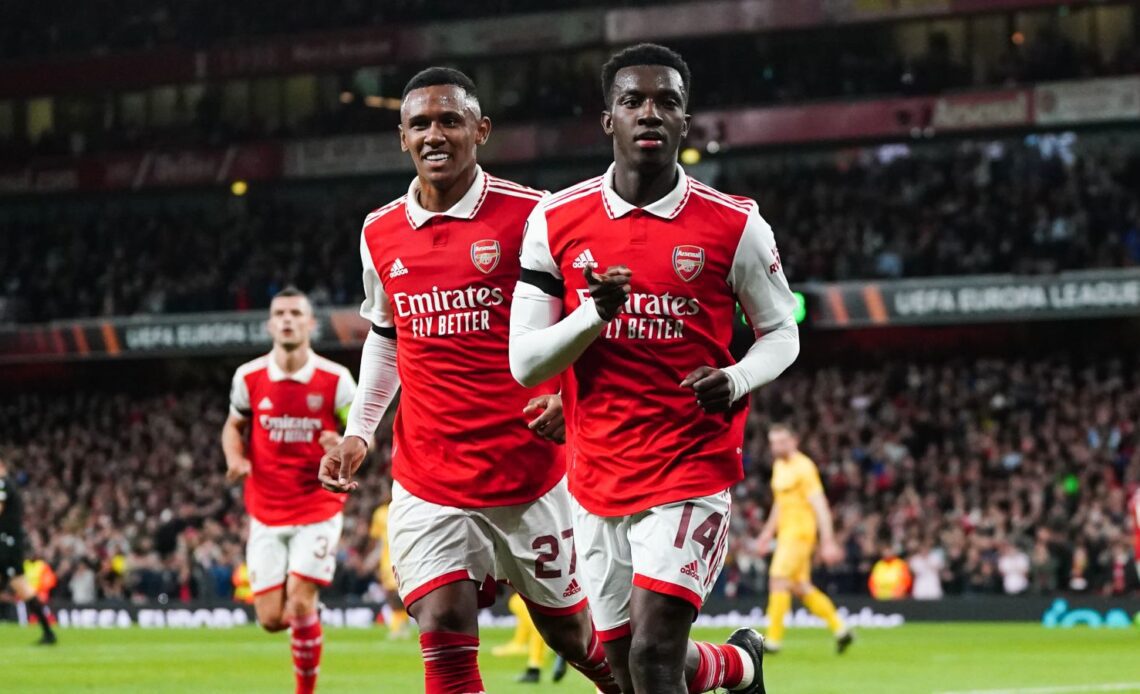 Chris Sutton has admitted that he was wrong to label Gabriel Jesus as ‘irreplaceable’ to Arsenal given the recent run of form from Eddie Nketiah.

Plenty of fans and pundits alike predicted Arsenal to have a slump in form when Jesus was ruled out. The Brazil star has been out of action since the World Cup.

Nketiah had not started a league match for Arsenal before the World Cup as Jesus was regarded as the Gunners’ number one striker.

The 23-year-old has been in fine form of late though as he has scored seven goals in his last seven appearances. His brace against Manchester United ultimately sealed the three points for Arsenal.

Sutton wrote in his Daily Mail column: “But on Eddie Nketiah, I got it wrong. I described Gabriel Jesus as ‘irreplaceable’ when he was injured. I thought Arsenal would struggle without him. Admit it, you probably did, too.

“His high press. His link-up play. His creativity. His leadership, having come from a club in Manchester City that demands nothing less than winning.

“All were key to Arsenal turning into surprise title contenders and suddenly, Mikel Arteta was facing months without those attributes. Yes, I thought they’d struggle. But Nketiah has proved me and plenty of others wrong.”

Sutton has even suggested that Gareth Southgate will be closely watching on and considering calling him up to the England squad.

He adds: “England manager Gareth Southgate can only be loving this. For so long, we’ve wondered who can deputise for Harry Kane. Callum Wilson? Dominic Calvert-Lewin? Ivan Toney? Danny Ings?

“Well, how about the guy who took over from Alan Shearer and Francis Jeffers as the record scorer for England’s Under 21s? Nketiah is showing why all is not lost if we lose Kane.”

The Arsenal forward has an exceptional record for England’s Under 21s as he has scored 16 goals in just 17 appearances.

He is yet to make his first-team England debut, but if he continues to score at his current rate, Southgate won’t be able to ignore him for much longer.

In the Premier League this season, Nketiah has averaged a goal every 148 minutes. To put that into context, if he maintained that ratio and played an entire season he would score 23 goals in the league.

Nketiah has had to patiently wait for his chance, but he is now reaping all the benefits and rightly being praised by fans and pundits alike.