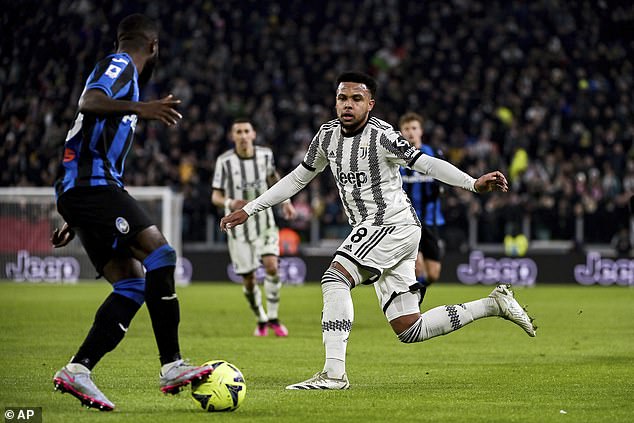 Arsenal have made an enquiry about the availability of Juventus midfielder Weston McKennie, according to reports in Italy.

The Italian giants value the 24-year-old American between £18-22million and could be tempted to sell him for a deal in that range, plus add-ons, to raise funds for manager Massimiliano Allegri.

And as reported by Gazzetto dello Sport, the Premier League side have made contact with his agents to assess his desire for the move. 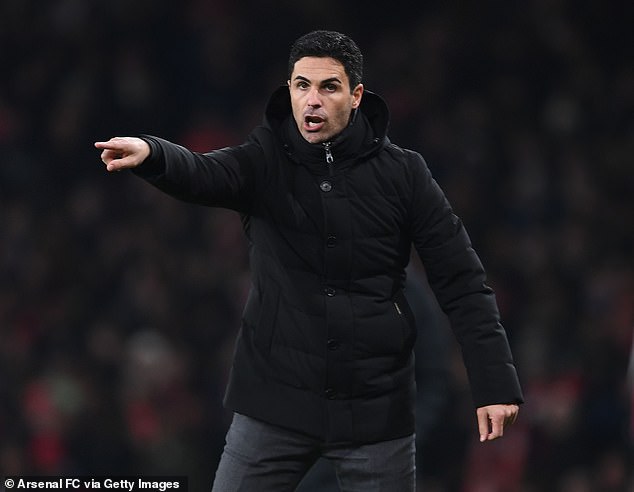 McKennie, who started every matches for the US men’s national team at the Qatar World Cup, has played 15 league games this season, 21 in all competitions, but is considered ‘the most expendable’ of Allegri’s squad, despite his versatility.

The likes of Aston Villa, Fulham and Bournemouth are also said to be keen, but the 41-cap international has not shown any interest in those moves because he wants to move to a ‘top club’.

A move to the league-leading Gunners could therefore tempt former Schalke star McKennie as boss Mikel Arteta looks to bolster his squad in the January transfer window. 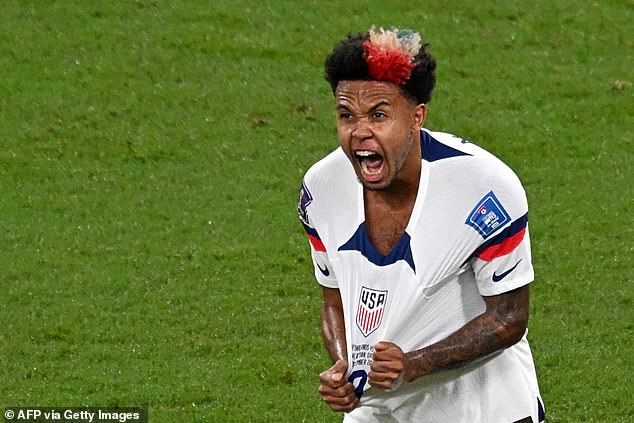 McKennie, 24, who played every match for USA at the World Cup, ‘wants to move to a top club’

He is reportedly a target for German side Borussia Dortmund, who made an enquiry last summer along with French outfit Monaco, but there is no real movement on that front at the moment.

Juve are said to want a winger, and cash from a potential McKennie exit could also allow them to pursue Real Valladolid right back Ivan Fresneda, who is set to decide between Arsenal and Dortmund imminently.