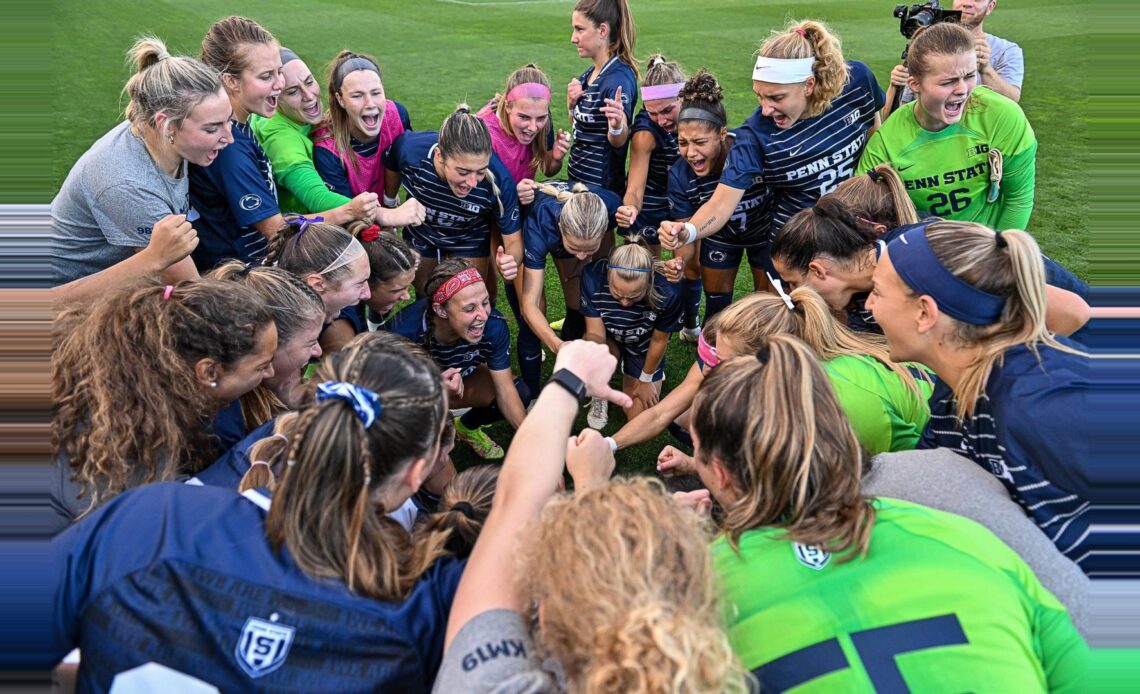 Five Nittany Lions were voted by their peers for the fall team awards. The fall award winners for Penn State are as follows:

Freshman of the Year: Amelia White

Ally Schlegel finished out her Penn State career with a fantastic senior season as she led the team and Big Ten in goals with 13 including four game-winners. She also added two assists for a team-best 29 points.

Three of her goals were scoring during Penn State’s run to their ninth Big Ten Tournament title as she was named Offensive MVP of the Tournament and to the All-Tournament Team by the conference.

Schlegel was recently drafted by the NWSL’s Chicago Red Stars.

Last year’s Co-Freshman of the Year, Schiemann, was voted Defensive MVP by her teammates after a solid sophomore season. She started all 23 games on the back line while notching three goals and six assists.

Receiving Freshman of the Year accolades is White who played in all 23 games with nine starts. She produced four goals and two assists while earning a spot on the Big Ten All-Freshman Team.

She notched one assist at Wisconsin in the Big Ten Tournament Quarterfinal and scored two goals during the Nittany Lions’ run in the NCAA Tournament.

The award, which has been given out since 2007, is in honor of Rodney Swineford, the late father of alumna Megan Monroig.

Jennings and Wasserman both finished out their collegiate careers this season at Penn State and excelled academically earning All-Academic Big Ten recognition.

Jennings served as a captain for…