Ranking every Everton manager of the Moshiri era by their PL record: Lampard bottom 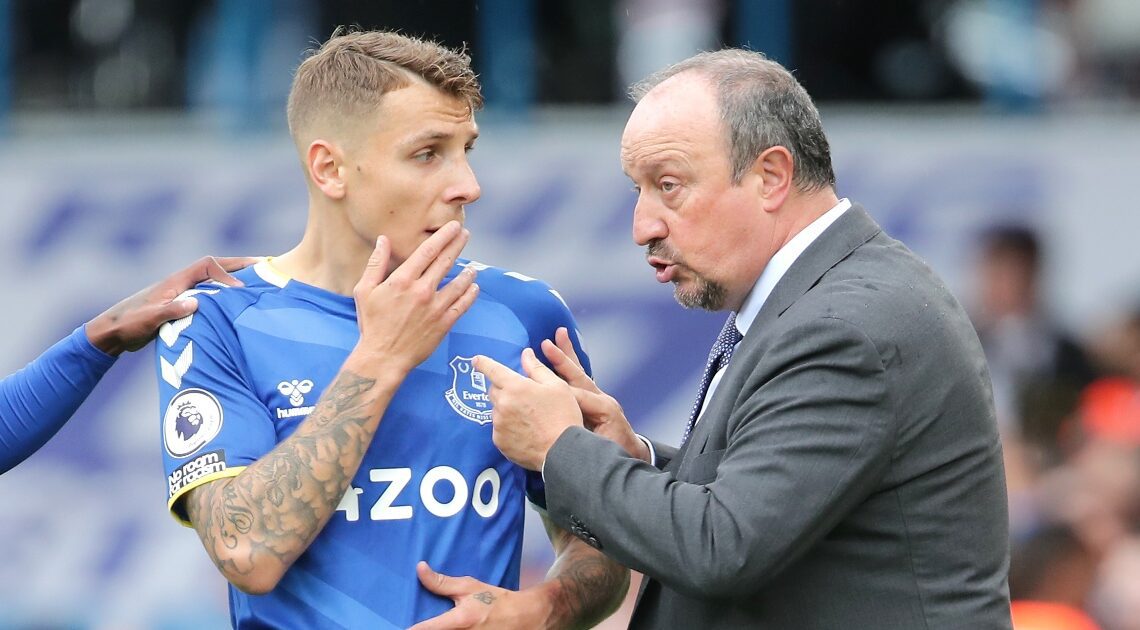 Everton are looking for yet another manager under Farhad Moshiri following the sacking of Frank Lampard – but how did his record at Goodison compare to his predecessors?

When Moshiri bought a 49.9% share in Everton in 2016, the Iranian businessman promised success for Evertonians.

But seven years, six managers and zero trophies later, they are still no closer to achieving it.

Just over a year has passed since Everton sacked Rafael Benitez. The former Liverpool manager lasted just six months at Goodison Park and failed to win over the fans.

When the Spanish coach departed, Everton sat just in 15th place after taking 19 points from 19 games. They were six points above the relegation zone.

Everton were dragged further into a relegation battle during the early weeks of Benitez’s successor Lampard’s reign, but he turned things around and eventually led the Toffees to a 16th-place finish, four points clear of the drop.

Lampard led the club to vital wins over Leeds, Newcastle, Manchester United, Chelsea, Leicester and Crystal Palace but failed to build upon their upturn in form last season.

Midway through the 2022-23 campaign, Everton find themselves in just as precarious a position. Following Saturday’s 2-0 away defeat to West Ham, Everton sit 19th in the Premier League table, having mustered just 15 points from 20 games.

“I just do my job. I get up every day and think how we can get a bit better – it’s as simple as that.”

We have ranked Everton’s managers by their worst to best points-per-game record in the Premier League from worst to best, incorporating the period from Bobby Brown Shoes in 2016 up to the latest boss.

We’ve left out two interim coaches, but their win percentages are as follows: David Unsworth, 100% (only one league game) and Duncan Ferguson, 33.33%.