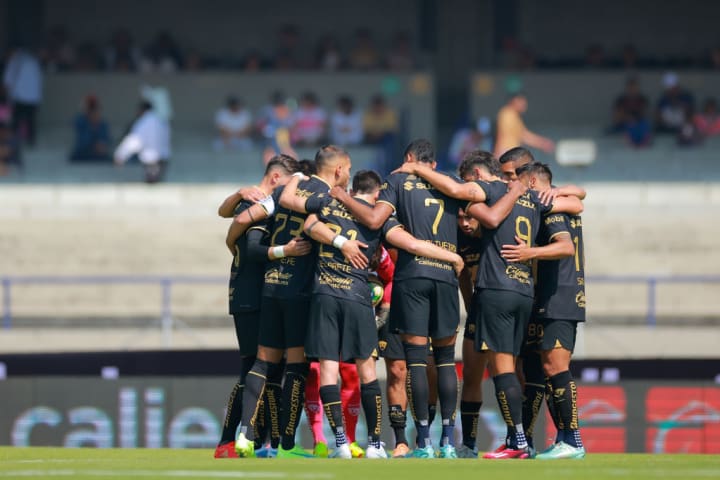 The third week of the tournament saw several surprises, including a shocking hat-trick by Rogelio Funes Mori to inspire the 3-1 victory for Rayados de Monterrey over Atletico San Luis. Elsewhere, Pachuca continued to exert their dominance with a 4-1 win against FC Juarez, while Pumas bounced back from a turbulent week off the field.

Here’s everything you missed this weekend in Liga MX…

Before even reaching the pitch, Pumas UNAM held a press conference to announce the termination of Dani Alves’ contract with the club. Pumas president Leopoldo Silva firmly stated his actions did not align with team values.

“With the information that occurred today about the legal process that the player Dani Alves is facing, and for which he is detained in Spain, we have determined to communicate the following: the Club Universidad Nacional has made the decision to terminate the employment contract with Dani Alves from this day on,” said president of Pumas Leopoldo Silva.

“With this decision, the club reiterates its commitment not to tolerate acts by any member of our institution, whoever they may be, that go against the university spirit and its values.”

The team then took the field against Club Leon on Sunday, their third match of the 2023 Liga MX Clausura. Pumas wasted no time, earning the early lead in the 9th minute of the match with a goal by Gustavo Javier del Prete.

Leon managed to find the equalizer in the first half, before Pumas scored three more in the second 45 to triumph 4-1. The team now sits in fourth place on the table, with six points in three games.

Club America has yet to win a game in the 2023 Liga MX Clausura.

The team drew 2-2 against Puebla on Saturday night at the Estadio Azteca, propelling the Eagles to a three game winless streak. Goals from Alejandro Zendejas and Henry Martin initially earned Club America the edge, before being canceled out by efforts from Gaston Silva and Emanuel Gularte to earn each side one point.

But with just three points in the last three games, America head coach Fernando Ortiz insists the team is not in ‘crisis mode’ yet.

“I do not see the crisis, It is something worrying to call, yes, with respect to the goals that they are scoring against us, but for the rest I am calm,” he said.

“Difficult, the start that we are having, but we have to continue…