Premier League Team of the Half-Season 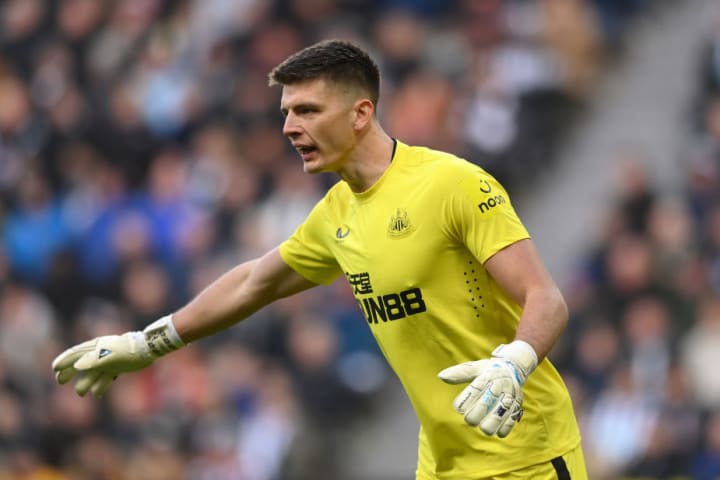 Every Premier League team has now played at least half of their games this season, which means everyone can now start mapping out their awards races (I’m sure that’s how it works).

Today, we’re taking a look at the team of the season so far, one of the only things we didn’t acknowledge in our awards piece prior to the World Cup break. Smaller sample sizes are easier to deal with at individual level and I will not be taking any further questions.

Club: Newcastle United.
Defining moment: Diving with his head for a ball bouncing across the ground at Anfield.

The lanky goalkeeper has been a huge reason behind Newcastle’s rise to the top four so far this year.

What a comeback story / Richard Sellers/GettyImages

Club: Newcastle United.
Defining moment: Becoming the most valuable non-striker FPL asset of all time for some reason.

Kieran Trippier turned 32 earlier this season and he’s playing some of the best football of his career by miles. Fair enough.

William Saliba has grabbed the headlines, but the performances of Gabriel Magalhaes have gone under the radar. He’s been sensational and deserves a bit more credit.

Club: Newcastle United
Defining moment: Being the best player ever to miss out on a place in his country’s World Cup squad.

Louis van Gaal, you are a wise man, but the decision to not take Newcastle rock Sven Botman to the World Cup with the Netherlands is going to age like milk. He’s been extraordinary since arriving on Tyneside.

He loves it / Catherine Ivill/GettyImages

Oleksandr Zinchenko always looked a tidy player at Manchester City, but with a more important role in this Arsenal side, you can see why Mikel Arteta was so determined to reunite with him at the Emirates Stadium.