Next Everton manager – the contenders 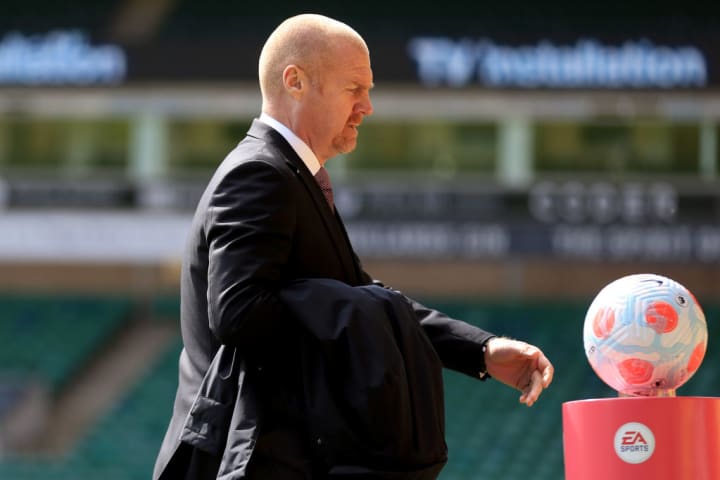 Everton are back on the hunt for a new manager.

Just over a year after the departure of Rafa Benitez, Everton have sacked Frank Lampard, who leaves the Toffees 19th in the Premier League standings, with only goal difference saving them from slipping to bottom spot.

Everton’s three wins from 20 games this season is the worst record of any side in England’s top flight and their points tally (15) is also the lowest at this point in any three-points-for-a-win campaign. Yikes.

Clearly, their next appointment needs to be the right one. There are several candidates to enter the poisoned chalice, and here are some of Everton’s options.

Burnley’s sacking of Dyche seemed harsh at the time and they subsequently went down despite Mike Jackson overseeing an impressive resurgence.

Dyche worked miracles at Turf Moor and the croaky-voiced Englishman is woefully misrepresented. Sure, his Burnley sides were physical, direct and capable of frustrating superior opponents in a low block, but there were also contemporary principles that made the Clarets a tough out. For example, Dyche’s 4-4-2 press was particularly well-drilled.

Dyche maximised the resources he had at his disposal and is deserving of another Premier League job. He’s one of the early favourites to succeed Lampard at Everton – an appointment that would certainly prove to be a savvy one.

The Evertonian made a name for himself as a fresh-faced teenager at Goodison Park all those years ago when he crashed home a stunning effort against Arsenal.

That was the start of Rooney’s illustrious career at the highest level, and the five-time Premier League winner returned to Merseyside in 2017 for a second spell with the Toffees.

Rooney has since moved into management where he won the hearts of minds of Derby supporters during a difficult period for the club. He wasn’t able to guide the Rams to safety, but his leadership and coaching credentials were on full display. Rooney has since returned to DC United as their head coach, but there’s no doubt that he’d be on the next flight across the Atlantic if his boyhood club came calling.

Nuno is out in Saudi Arabia / -/GettyImages