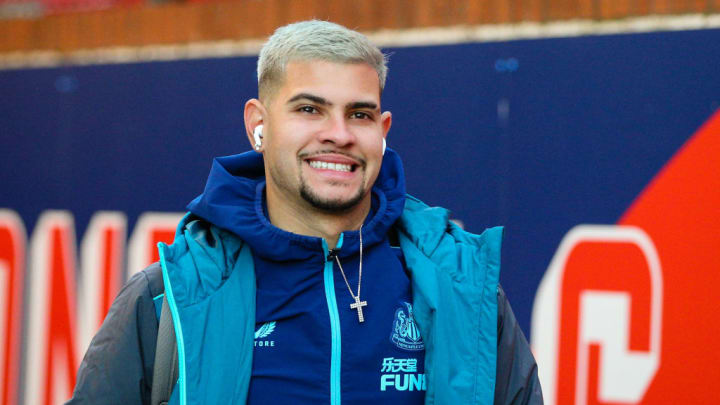 Their fetish for a 0-0 might not thrill the neutral, but Newcastle’s resurgence under Eddie Howe this season has been typified by their defensive might.

The Magpies are unbeaten in the Premier League since the end of August, and haven’t conceded a top flight goal since November 6. They’re re-emerging as a serious force once more, and a piece of silverware would go a long way to thrusting their Saudi-backed project into a new realm.

Thus, Tuesday’s trip to St. Mary’s for the first leg of their Carabao Cup semi-final against Southampton is hugely significant.

Here’s the starting XI Howe could pick for the cup tie.

GK: Nick Pope – No goalkeeper has kept more clean sheets in Europe’s top five leagues than Pope (15) this season. The England international is in tremendous form, and his spot in the XI isn’t up for debate.

RB: Kieran Trippier – The FPL hero is the lifeblood of Howe’s renaissance men. Trippier is enjoying an outstanding season at right-back, and he’ll be desperate to conclude the 2022/23 season with some silverware.

CB: Fabian Schar – The once unreliable Schar has matured considerably this term to play a pivotal role in Newcastle’s improvement. He’ll continue in the starting XI on Tuesday.

CB: Sven Botman – The Magpies paid a pretty penny to bring the Dutch defender to St. James’ Park last summer, but Botman has barely put a foot wrong since joining the club.

LB: Dan Burn – It was Burn’s mazy run and finish that set the stage for Newcastle’s victory over Leicester in the quarter-finals. Howe will not alter his defence at St. Mary’s with Burn continuing at left-back.

CM: Bruno Guimaraes – Newcastle fans feared the worst when he was forced off with an ankle injury against Fulham ten days ago, but the robust Brazilian was back in the starting XI at Selhurst Park and his importance to Howe’s side means he won’t miss Tuesday’s contest.

CM: Sean Longstaff – The local lad is one of several players to enjoy a renaissance under Howe this season. Longstaff has started and finished eight of Newcastle’s last nine games in all competitions.

CM: Joe Willock – The former Arsenal man plays a key role down the left as he persistently rotates with Joelinton. His lung-busting runs and ever-improving defensive work mean he plays a key balancing role in the Magpies’ midfield.