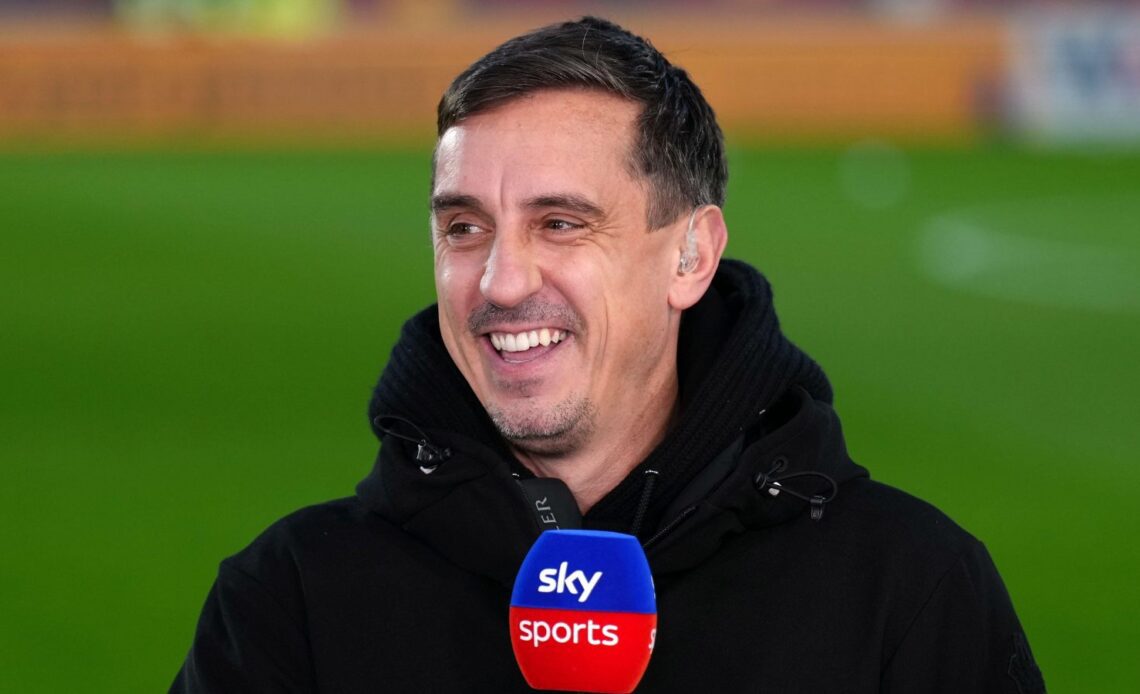 Gary Neville has given his verdict on Man Utd signing Harry Kane from Tottenham Hotspur in the summer and he thinks it would be a “great signing”.

Kane is out of contract in 2024 and there is talk that he could be sold by Tottenham in the summer as he enters the final year of his deal.

The striker was initially keen to leave Tottenham in 2021 but he verbally committed his future to the club after Man City were unable to prize him away.

The Englishman has been in stunning form for Spurs this season as he has scored 15 Premier League goals in 20 appearances.

Spurs have still struggled though. It is likely that they will miss out on a place in the Champions League after they finished fourth last season.

Doubts around Kane are coming about while Man Utd are in the market for a new striker. Following Cristiano Ronaldo’s departure, they have brought in Wout Weghorst on loan until the summer.

This is expected to be a short-term solution for United before they splash out on a new forward in the summer. Fabrizio Romano reported on Sunday morning that Kane is “focused on Tottenham” at the moment.

“He’s focused on Tottenham, conversations over a new deal are still slow and so it’s normal to have rumours but Antonio Conte’s future is also going be crucial to understand Kane’s plans.”

But talk of a move to Man Utd will only intensify the longer Kane goes without penning a new contract. It was recently reported that he could cost as much as £100m in the summer.

Speaking prior to United’s game against Arsenal on Sunday, Neville suggested that it “would be obvious” for his former club to sign Kane.

“He is a wonderful striker and a great professional.

“It would be obvious [for United to try and sign him]. You look at Manchester United and they are still playing with Anthony Martial up front.

“They have brought Weghorst in, who is a stop-gap until the end of the season and no more. They have obviously lost Cristiano Ronaldo and Edinson Cavani from last season, so they have got real problems in that area.

“They haven’t got what I would class as a natural centre-forward that gives them the sort of play that Erik ten Hag wants. They need to sign a striker, they need to spend big-money on a striker or unearth somebody from somewhere, and I can’t see where that is coming from.

“Kane would be a great signing, but getting…