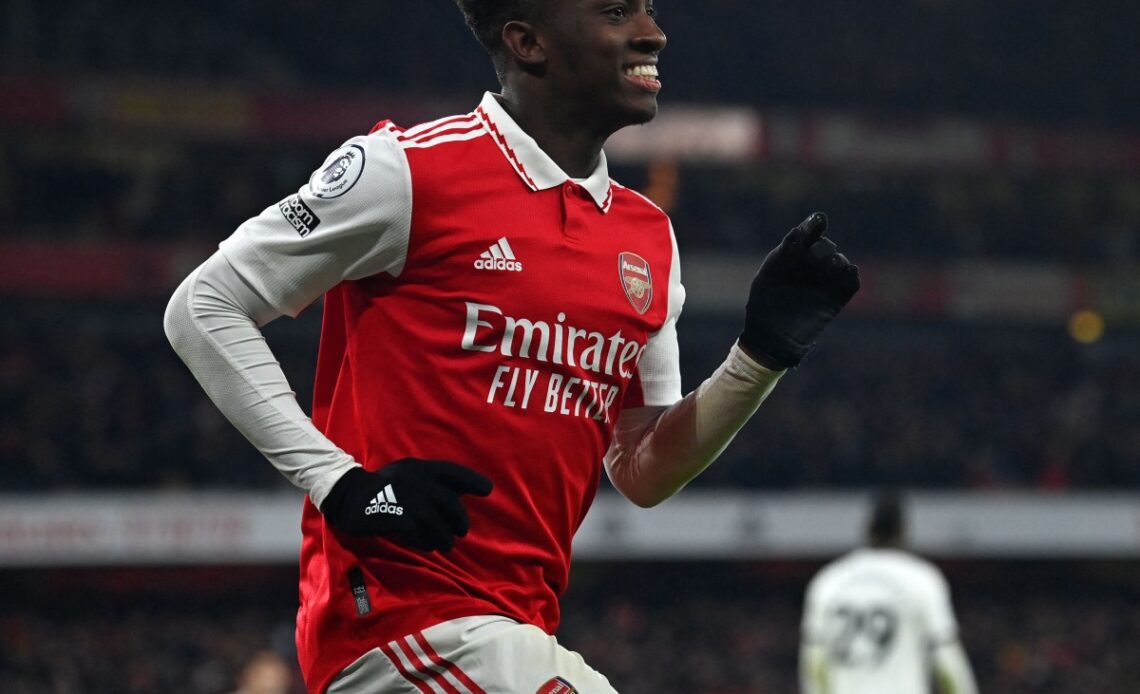 Fabrizio Romano, writing in the Daily Briefing exclusively for CaughtOffside, has praised Arsenal manager Mikel Arteta for playing a crucial role in helping the club keep hold of Eddie Nketiah this summer.

The England Under-21 international was coming towards the end of his contract at the Emirates Stadium, but ended up signing a new deal, despite not ever really establishing himself as a regular in the Arsenal first-team down the years.

Still, Nketiah is proving his worth now, stepping up brilliantly in the absence of the injured Gabriel Jesus, with seven goals in his last seven games in all competitions, including a vital brace in the 3-2 win over Manchester United yesterday.

Some managers might not have bothered keeping a backup player like Nketiah, while he might also have been tempted to move elsewhere for more playing time, but for now it looks like this has worked perfectly for him and for Arsenal.

“What a performance by Eddie Nketiah yesterday as his brace helped Arsenal to a 3-2 win over Manchester United!” Romano wrote. “Despite rumours, he was not close to leaving in the summer – Arsenal were clear in the plan to let Folarin Balogun leave on loan and keep Nketiah.

“They have been very clear, Mikel Arteta was crucial in this process and they always trusted him, in particular the director Edu Gaspar. Now we can see the trust is paying off, he’s been in superb form to fill in for the injured Gabriel Jesus.”

Arsenal remain five points clear at the top of the Premier League thanks to Nketiah’s late winner against Man Utd yesterday, and it will be interesting to see if they can maintain this superb first half of the campaign.