Exclusive: Chelsea and Barcelona clubs to “watch” towards the end of the transfer window 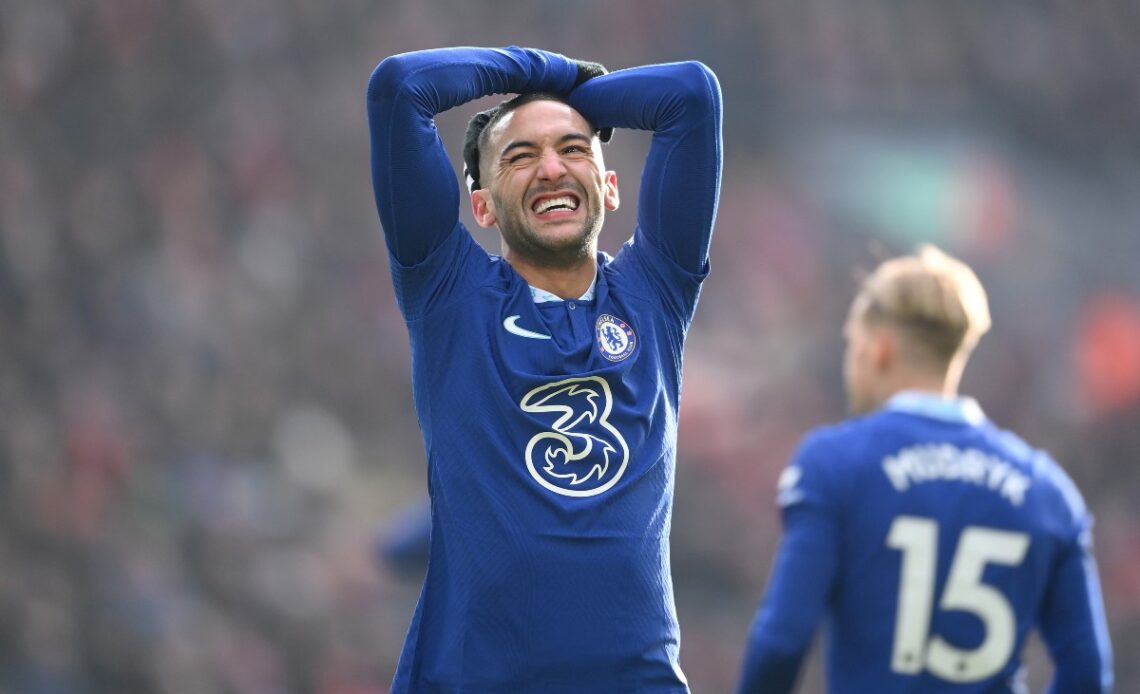 Chelsea and Barcelona could both be clubs to watch in the final week of the January transfer window, according to Fabrizio Romano in today’s edition of the Daily Briefing, exclusively for CaughtOffside.

The Blues could be about to let Hakim Ziyech leave, with Roma and Everton among the clubs interested, while Romano also hinted that there could be something to the transfer rumours involving the Morocco international moving to Barcelona as part of a swap deal for Franck Kessie.

Barca also recently let Memphis Depay join Atletico Madrid, so it makes sense that they could be busy in the final few days of January as Xavi looks to shore up his squad a little for the second half of the season.

Chelsea have been very active already but might not be done yet, with ambitious new owner Todd Boehly making plenty of changes since he took over at Stamford Bridge.

“Hakim Ziyech has chances to leave Chelsea in January – clubs are well informed including Everton and three more. Roma asked about him but it’s not easy at all because of the salary,” Romano said.

“As for Franck Kessie swap links, let’s see if Barcelona will move, at the moment it’s quiet but Barca and Chelsea are two clubs to watch this week.”