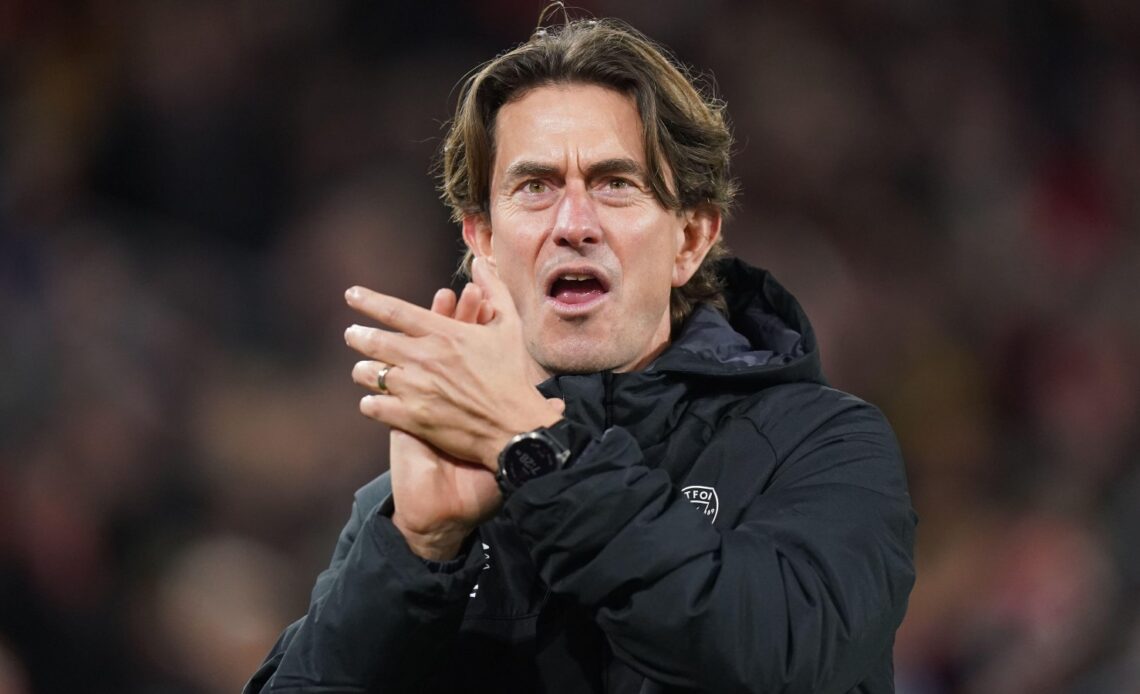 The 2-0 defeat at fellow strugglers West Ham was a ninth loss in 12 Premier League matches, from which the Toffees have taken just five points, and left them second-bottom in the table.

Everton owner Farhad Moshiri, attending his first match in 15 months, was asked after the game at the London Stadium whether it was time for Lampard to be sacked after almost a year at the club.

But now widespread reports have confirmed that Lampard has been relieved of his duties  – ahead of official confirmation later on Monday – with the Toffees now looking for a new manager.

And The Sun journalist Alan Nixon (via The Boot Room) claims that Brentford boss Thomas Frank is their top choice to replace Lampard with the Toffees ‘looking to try and poach’ the Bees boss.

It is understood that the Everton hierarchy ‘accept it will take a mammoth effort to land the Brentford boss’ with Frank ‘happy with his role in Brentford and that he will not simply jump at the chance to move to Merseyside’.

Sean Dyche and Marcelo Bielsa are other managers who Everton have considered while Wayne Rooney is on the list too.

After their defeat to West Ham, Lampard insisted that there were no quick fixes tot the problems at Everton with the club in gradual decline since 2015.

“It’s a big job. I knew that when I came in as we were already looking at a relegation battle,” Lampard told BBC Sport.

“I don’t think when you’ve made steps downwards over the years it is a case of being able to turn that instantly, that’s naive.

“History moves and there is nothing in this league which gives you a right to do anything. We have seen huge football clubs go down and come back up.

“It is all about the moment and how you try to move forward as a club and if you don’t do that then you will come into tough times.

“It’s maybe normal we are fighting again. It is impossible for me to jump into the future. There a long time to go this season and we have to try to turn the corner.”