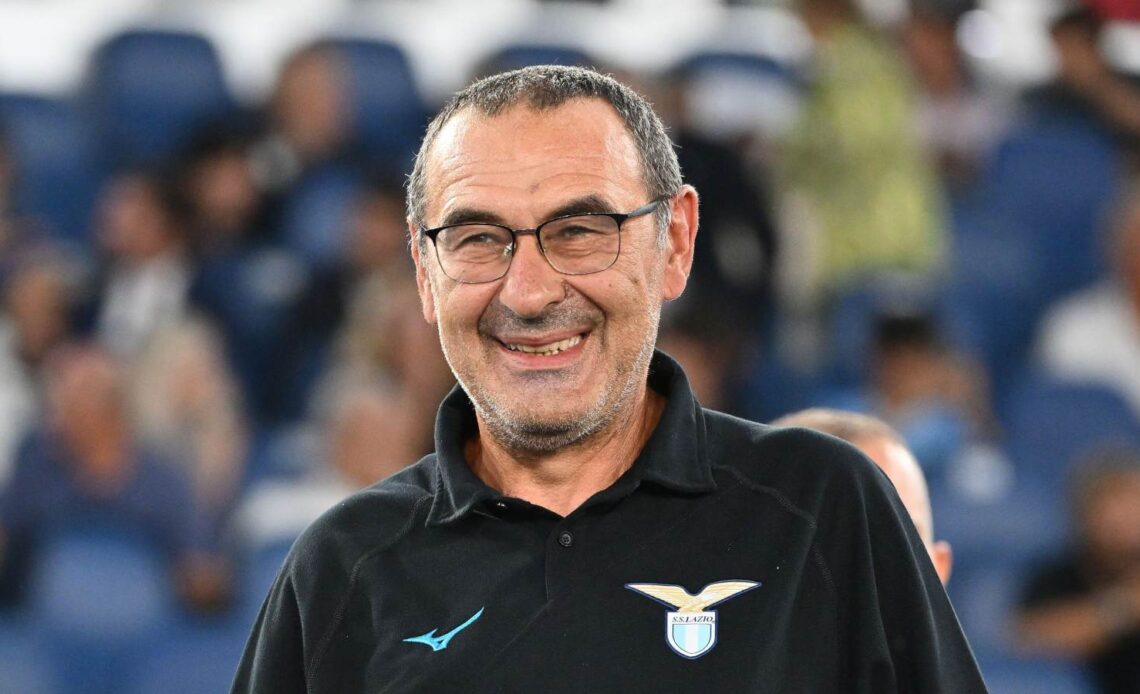 Everton are interested in replacing manager Frank Lampard with Lazio boss Maurizio Sarri, according to reports in Italy.

The Toffees are currently 19th in the Premier League with only goal difference separating them and 20th-placed Southampton.

Their start to the season has resulted in Frank Lampard being on the verge of losing his job.

Lampard has guided his side to three wins from their opening 20 Premier League matches this term and Saturday’s loss at West Ham United is expected to be the nail in the coffin.

Sky Sports reporter has Vinny O’Connor claimed that Everton are expected to confirm the departure of the former England midfielder on Monday.

O’Connor said on Monday morning: “There is an inevitability about it.

“We are hearing that effectively a decision has been taken and the expectation is that at some point today it will announced that Frank Lampard will be leaving his post as Everton manager.”

And with Lampard’s sacking ‘inevitable’, Everton will obviously be looking at candidates to replace the 44-year-old.

Former Toffees boss David Moyes has been linked with his West Ham future cast in doubt.

However, ex-Chelsea manager Maurizio Sarri is linked with a move to Goodison Park.

This is according to Il Messaggero, who report that Tottenham, Everton and West Ham are all interested in appointing the 64-year-old.

The report actually states that an appointment should come in June if Sarri is to leave Lazio.

The Premier League trio have ‘tested the waters’ with the Italian’s entourage ahead of a potential pursuit at the end of the season.

Should Everton dismiss Lampard, the Toffees may accelerate their pursuit of Sarri.

Sarri is apparently ‘having fun’ with Lazio and is committed to the project at the club. The report says he has no intention of leaving.

Lampard discussed Sarri’s coaching back in 2019 and was high in praise of the man who may replace him at Everton.

He said: “I respect managers who have a belief in a philosophy or system.

“I have never worked with Sarri, but I did see his Napoli team play fantastic football. I think it has been unfortunate for Sarri himself, everyone has come up with this ‘Sarriball’ term, but I am not sure I have ever heard him actually milk that one or make it his own.

“I think he is just trying to win football games and he has brought in players who want to play the way he wants to play. Everyone has become a little bit focused on that fact. I think he is a very good…