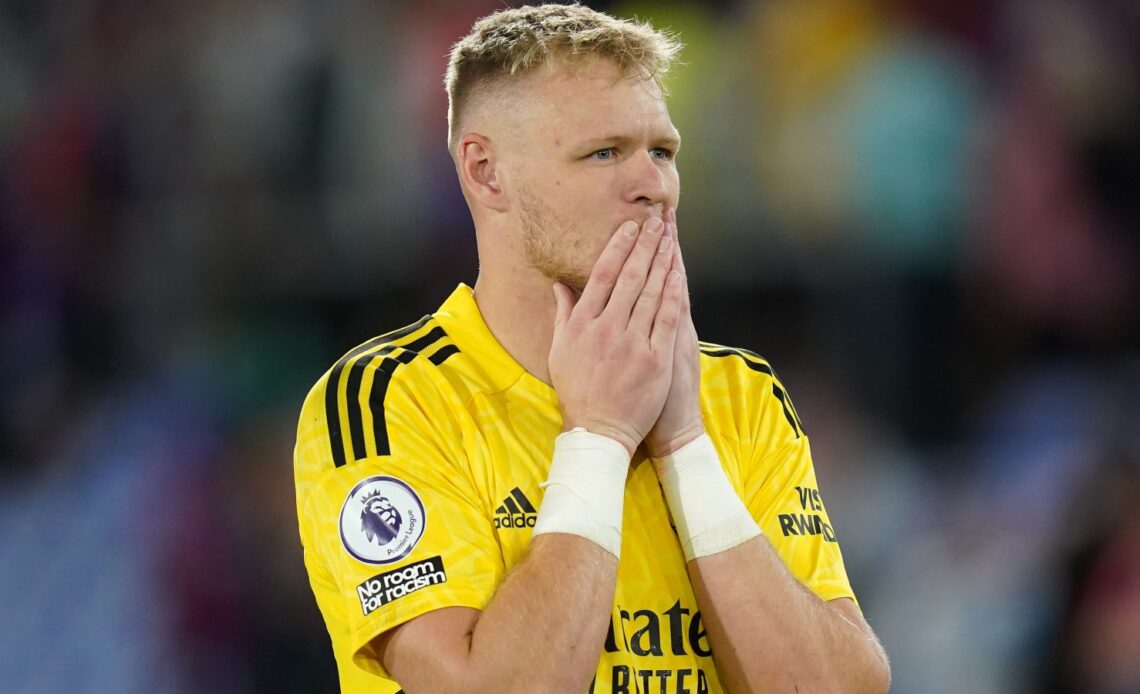 Arsenal may have enjoyed a huge victory over Man Utd but two of their players didn’t cover themselves in glory. The worst XI also features a Wolves quartet and an Everton trio.

Here is the Premier League’s worst XI from the weekend, according to WhoScored ratings…

GK: Aaron Ramsdale – 5.27
Dropping Christian Eriksen’s corner, allowing Lisandro Martinez to head Manchester United level, secured the No.1 spot for the Arsenal keeper. He made other vital saves, and might consider himself unfortunate since Jose Sa’s screw-up to gift Erling Haaland his hat-trick goal was entirely unforced. Sa scored 5.40, with Robert Sanchez the only other sub-six stopper.

RB: Seamus Coleman – 6.10
Both Everton full-backs feature here, though Coleman is unfortunate. The Toffees skipper was replaced at half-time after playing in a back five in the first period, but Frank Lampard’s side still couldn’t keep West Ham out. The first goal came down his side, but Coleman wasn’t culpable.

CB: Ben White – 6.03
White, filling in at centre-back here, was also hooked at half-time having struggled to shackle Marcus Rashford. A 19th-minute yellow card probably sealed his fate in Mikel Arteta’s mind but giving United the ball 10 times won’t have helped his cause either. A definite off-day in front of Gareth Southgate.

CB: Max Kilman – 5.59
Kilman was booked even earlier than White, in the 10th minute, which made the job of dealing with Haaland much harder. Obviously Wolves never succeeded but Kilman wasn’t directly responsible. Haaland beat Nathan Collins in the air for his first; the second was a penalty; and Sa offered his third on a plate.

LB: Vitaliy Mykolenko – 5.94
Replaced at the break along with Coleman, with the left-back absent as West Ham built up down his flank ahead of Jarrod Bowen’s second goal. Though James Tarkowski didn’t cover himself in glory, either with a desperate lunge or his overall performance. Despite only playing 45 minutes, the Ukrainian still managed to lose possession 11 times.

CM: Ruben Neves – 5.82
City should have had a penalty in the first half when Collins kicked the back of Jack Grealish’s leg but VAR couldn’t come to Neves’ aid when he tripped Ilkay Gundogan early in the second half. The Wolves midfielder struggled to get into the game, as did his mate…

LM: Matheus Nunes – 5.99
Liverpool have been linked with both Neves and Nunes, but any watching Reds scout won’t have been impressed with…