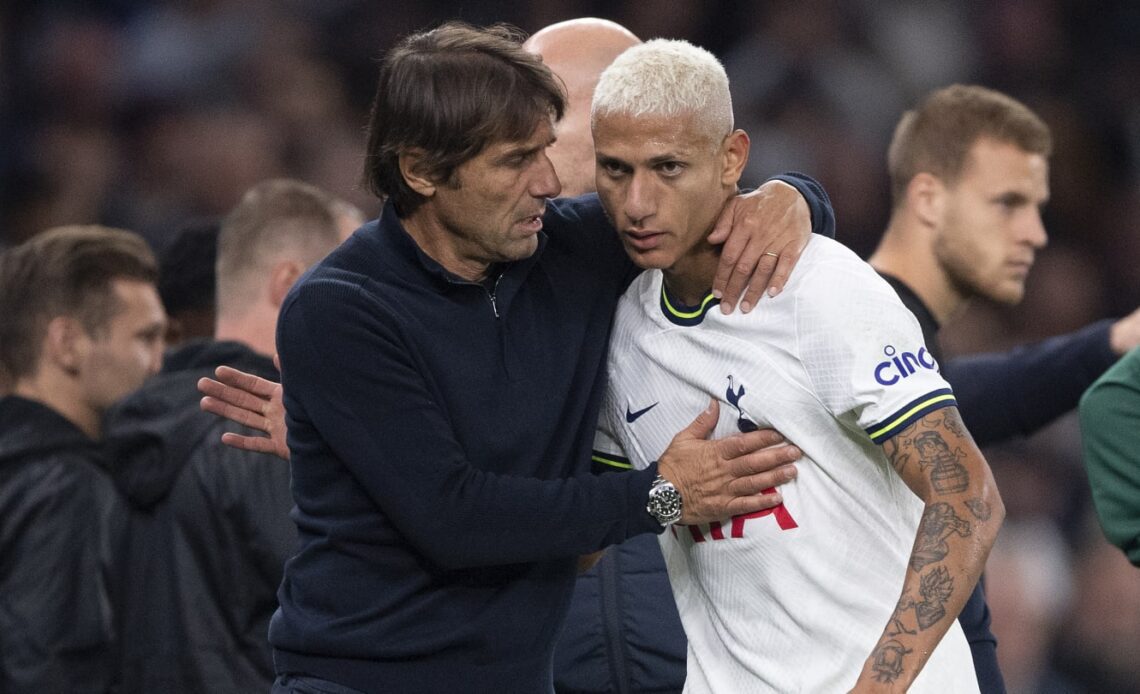 Tottenham head coach Antonio Conte has encouraged Richarlison to keep showing his ‘nasty’ side as he steps up his return from injury.

The Brazil forward was injured at the World Cup but has returned to action ahead of schedule with appearances off the bench against Arsenal and Manchester City, playing around 30 minutes across the two games.

While Conte is prepared to take it slow with Richarlison to avoid aggravating the hamstring problem, he has confessed that the 25-year-old brings something unique to Spurs which the team have missed in his absence.

“Richy still has to recover the best physical condition first of all. He had serious injuries and the first thought from the medical department was his recovery. He’s behind in the physical aspect, he’s not 100% and we have to try to bring him to the same level to the other players,” Conte said.

“Then for sure, Richy is one of these players who can give us something nasty. You feel his presence on the pitch, but I repeat, Richy is a player who needs to work, to have more work compared to his teammates because the injury was serious.

“Then he has to recover and for his recovery, we have to pay a lot of attention because the injury was serious and for this reason the medical department paid a lot of attention but it’s not enough to just recover from injury, you have to be fit to play and to give the possibility to the coach to think about starting with Richy, but for sure he’s an important player for us.

“Don’t forget we are overcoming a difficult situation because we have injuries like [Dejan] Kulusevski, [Rodrigo] Bentancur and before the World Cup there was also [Cristian] Romero. It’s not easy for us. For other teams, I don’t know, but for us we are talking about important players and it’s important for me to have all the players available because we are going step by step to build a strong squad, but to do this you need time, and to add players you add time, the transfer market and you need also money to invest.”

On this edition of Oh What a Night, Sean Walsh and Jude Summerfield discuss Tottenham’s derby loss to Arsenal, the futures of Harry Kane and Antonio Conte and more. If you can’t see this embed, click here to listen to the podcast!

Conte has called for more of his players to mimic Richarlison’s ‘nastiness’ but acknowledged that the former Everton forward brings a natural aggression which is tough to teach.

First of all you can change totally the characteristics of a single player,” he…