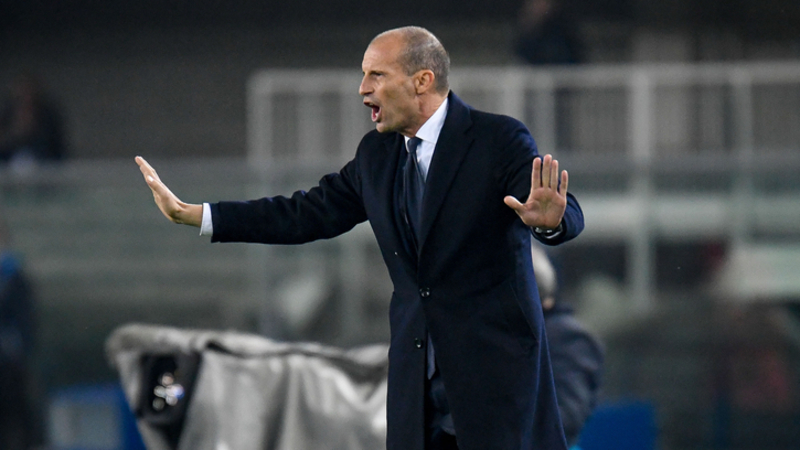 Juventus boss Massimiliano Allegri remains focused on the club’s chances of qualifying for the UEFA Champions League despite their 15-point deduction.

The Bianconeri copped a 15-point deduction for alleged financial irregularities and false accounting from the Serie A. The club will appeal that decision.

But it has seen Juve drop from the top four down to 10th on the table, with Sunday’s 3-3 draw with Atalanta not overly helping their cause.

“The points tally to get into the Champions League could be around 70 or 71, but it’ll be tough,” Allegri told reporters.

“We need to keep working calmly. We have a week to replenish our energy levels, then we have Monza, the Coppa Italia and the Europa League.

“It’s hard to think right now about what we can achieve.”

Sunday’s draw means Juve move up to ninth on 23 points from 19 games, with Roma in fourth on 37.

Danilo’s equaliser earned the Bianconeri a draw, with Ademola Lookman having extended his recent good form for Atalanta.

“The players turned in a very good display tonight against a strong and physical Atalanta side. After two days in which theres been a lot of pressure on us, it wasnt easy to focus,” Allegri said.

“The players have taken responsibility while showing their serious approach and desire to continue what we started at the beginning of the year.

“The game became difficult because we made mistakes for all three goals. Weve still won eight of our last ten matches, drawing one and losing one, so well keep working hard and that goes for the Europa League and Coppa Italia as well.

“I have to congratulate the players because going from second or third to suddenly being tenth is tough to take. Psychologically, it’s as if what we’ve done has been taken away from us, but we’re going to keep showing the same level of pride.

“I’m pleased with the reaction and performance. Unfortunately, we were made to pay for our mistakes, but we did well to bounce back when we were behind.

“We played with physicality. The mistakes couldve taken the wind out of our sail and at 3-2, they couldve gone 5-2 up if we’d given in mentally, but we were well organised, stayed in the game and made the most of Danilos chance.

“He’s an extraordinary player who’s having a wonderful season.”