Zinchenko over Shaw and Bruno over Eriksen 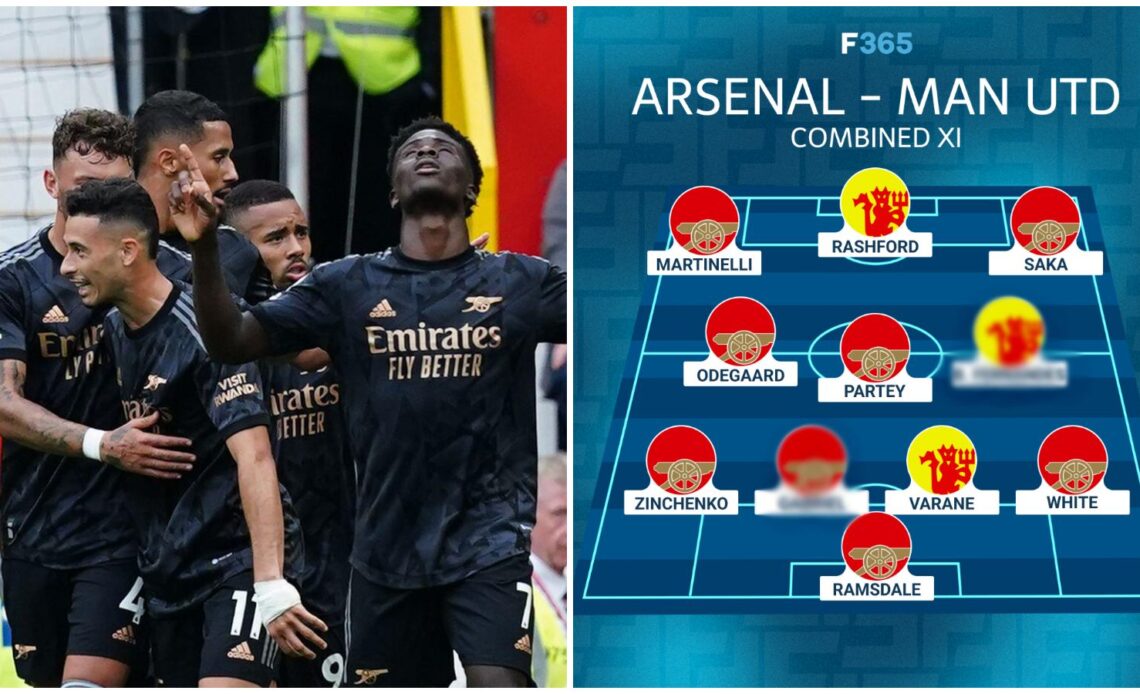 Arsenal host Manchester United on Sunday in a match with huge implications at the top of the Premier League.

What better way to prepare for the game than to make a combined XI of the two teams? Suspended United midfielder Casemiro is not included, and neither is Gabriel Jesus, who is injured.

GK: Aaron Ramsdale (Arsenal)
Arsenal’s No. 1 is a shoo-in here, despite David de Gea’s solid form of late. Aaron Ramsdale had a solid debut season for the Gunners but appears to have stepped things up this term.

Ramsdale’s man-of-the-match showing in the north London derby showed how far his game has come on under Mikel Arteta. He is excellent with the ball at his feet and his shot-stopping is wonderful. We do love his s**thousery as well.

De Gea, on the other hand, is not very good with the ball at his feet and is more error-prone than Ramsdale. Having said that, he was good against Crystal Palace, pulling off one of the saves of the season to deny Odsonne Edouard.

RB: Benjamin White (Arsenal)
Arguably the best right-back in the Premier League this season; Benjamin White and Kieran Trippier have both been brilliant.

Manchester United’s Diogo Dalot has emerged as a top right-back as well but he is not as good as White, nor has he had as good a 2022/23 campaign.

CB: Raphael Varane (Manchester United)
I feel like it would not make much sense to pick William Saliba over Raphael Varane given the fact the latter is still France’s most important centre-half, while Saliba only got one half of game time at the World Cup.

Both are brilliant but Varane’s experience and ability, as well as his vast improvement under Erik ten Hag, sees him make my XI.

CB: Gabriel Magalhaes (Arsenal)
Lisandro Martinez has been brilliant since joining Manchester United – despite his height, which isn’t an issue, really. But this is Our League and he is too small!

Gabriel has arguably been the best central defender in the league this season, though. Another Newcastle player – Sven Botman – makes this a debate.

Zinchenko’s ability on the ball and how much he influences Arsenal’s style of play is why I have opted for him, however. Take nothing away from Shaw, who has been brilliant for a revitalised…