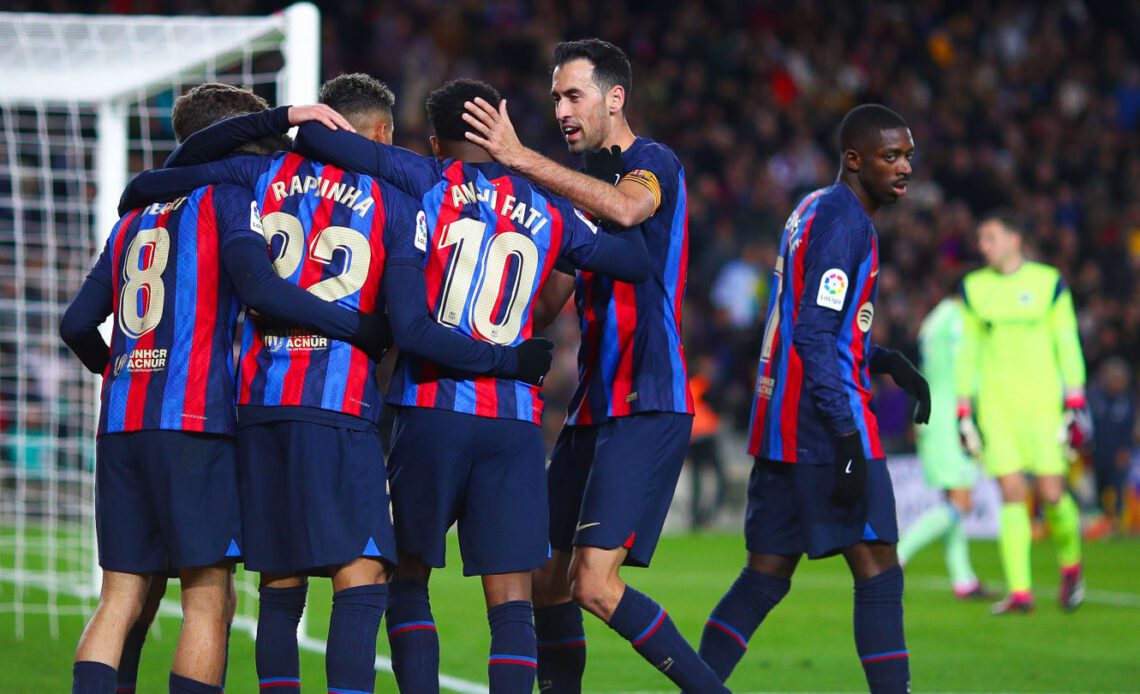 Barcelona did enough to ensure they would finish another weekend top of La Liga with a narrow 1-0 win over Getafe at Camp Nou.

Pedri scored the only goal of the contest in the first half, finishing with a low shot in the middle of the penalty area after connecting with Raphinha’s cross from the left.

Getafe had actually put the ball in the net only a couple of minutes into the game when Borja Mayoral followed in a rebound after Marc-Andre Ter Stegen had saved from Enes Unal. But a flag ruled it out because Unal had been in an offside position before shooting.

David Soria saved from Ousmane Dembele in the early stages but wasn’t much tested for most of the game and it was actually Getafe who carved out the better chances.

Ter Stegen made a big save shortly before half-time to deny Mayoral a potential equaliser. And while Barcelona had the lion’s share of possession as expected, Getafe again threatened in the second half. Franck Kessie did have the chance to seal it for Barcelona before the end, but Soria was in the way.

Player of the match – Kounde (Barcelona)