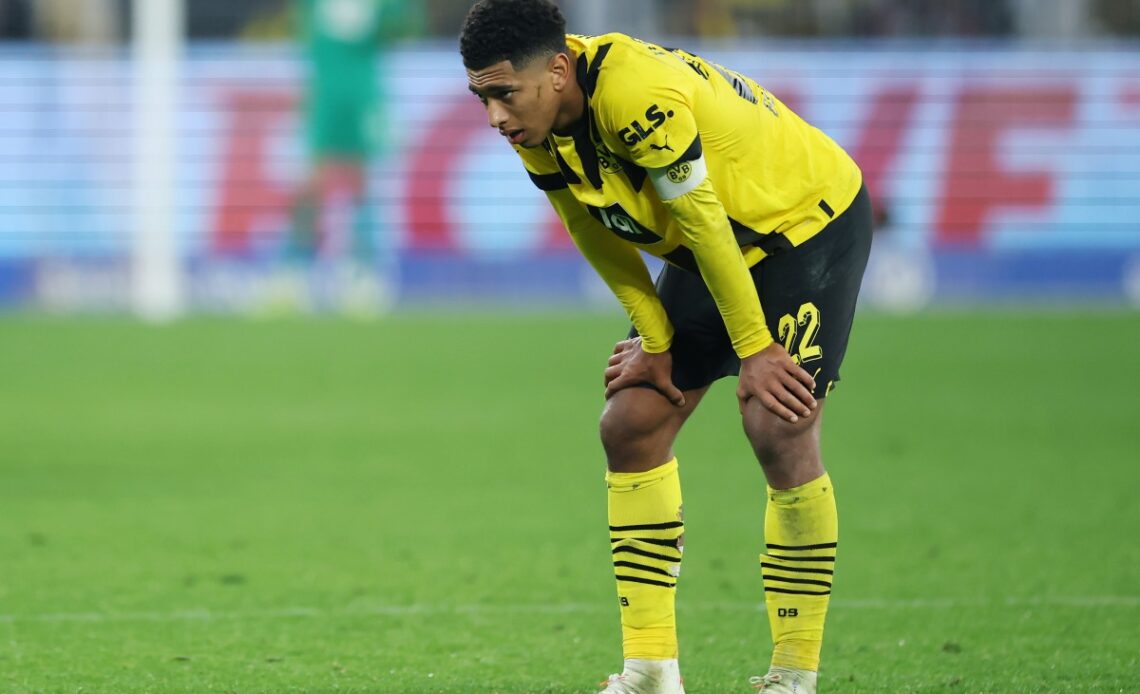 Manchester City are reportedly confident that they’re ahead of Liverpool in the race for the transfer of Borussia Dortmund midfielder Jude Bellingham.

The England international, valued at around £150million, is one of the most exciting young talents in world football and it looks like he’ll be on the move to the Premier League before too long.

Although Liverpool had long looked the favourites for Bellingham, the Daily Star now report that Man City feel they may have moved into pole position for the 19-year-old’s signature.

Liverpool and City are both big clubs who’ve enjoyed a lot of recent success, but it might be that Jurgen Klopp’s side’s disappointing season this term means they’re no longer as tempting an option for a talent like Bellingham.

City won the Premier League title last season and will be one of the favourites to do so again this year, whereas Liverpool don’t currently look particularly likely to even make the top four.

A move to the Etihad Stadium all but guarantees silverware, while one imagines the Premier League giants can also tempt the player with a big contract.

Liverpool could also be a fine move for Bellingham’s development, as Klopp has done great work with young players in the past, but it seems this saga is more up in the air than it initially seemed.