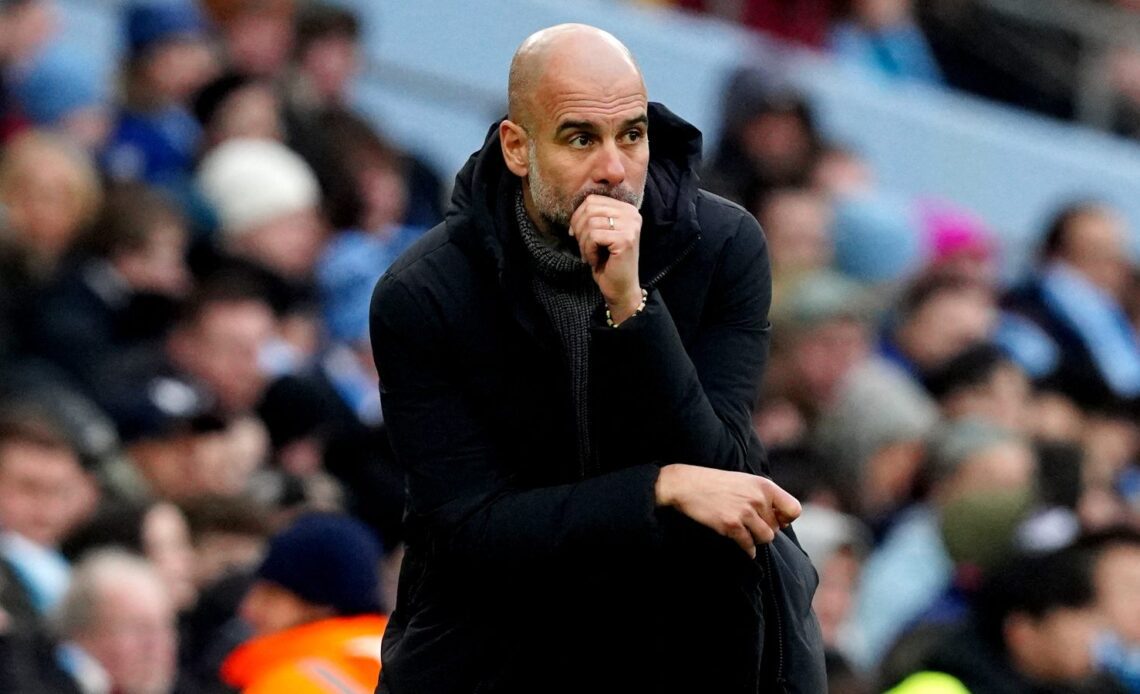 Pep Guardiola was pleased with the response from his Manchester City players as they cruised to a 3-0 victory over Wolves on Sunday.

Compared to their usual lofty standards, Man City have struggled somewhat in recent games. They were knocked out of the Carabao Cup by Southampton and they trailed Tottenham 2-0 at half-time earlier this week.

City’s players were booed off by their home fans during the Tottenham game but they came on strong in the second half to win 4-2 at the Etihad.

Guardiola admitted post-match that he was far from pleased with his player’s performance and this left them with a point to prove against Wolves on Sunday afternoon.

City were able to get past Wolves with relative ease and this was largely thanks to Erling Haaland and how clinical he is in front of goal.

The striker broke the deadlock with a header just before half-time and he doubled City’s advantage from the penalty spot in the 50th minute.

A few minutes later, Man City capitalised on a mistake from Jose Sa. The goalkeeper gifted Riyad Mahrez possession of the ball and the attacker squared it to Haaland, who netted to complete his hat-trick in the 3-0 win.

Haaland has now netted 31 goals this season across all competitions and this is his 4th hat-trick for the Premier League holders.

City are now just two points adrift of Arsenal ahead of their game against Man Utd having played two games more. Speaking after the win over Wolves, Guardiola said that he was pleased with his players but he wants them to live up to expectations more consistently.

“Yeah, it is getting better but just one day, I have to wait,” Guardiola told reporters (via Manchester Evening News).

“The way we play was quite similar to the first half where we were losing 2-0 to Spurs, our football was really, really good but it was 2-0, today we improved but it was just today. We will see what happens in the next games.

“It was recovery day after, the guys who didn’t play, they train really well. We talk a little bit to see what we have to do with the ball, without the ball we don’t train anything.

“I didn’t want to waste energy in the training session. We talk a little bit these what I think we missed. Now the message is clear: just one game. We have to see in the future.”

When asked if he had seen a response from his players, he added: “Definitely, there are things, how you react. Especially if the ball is played on, after that we have a lack of concentration.

“We have to pay more…