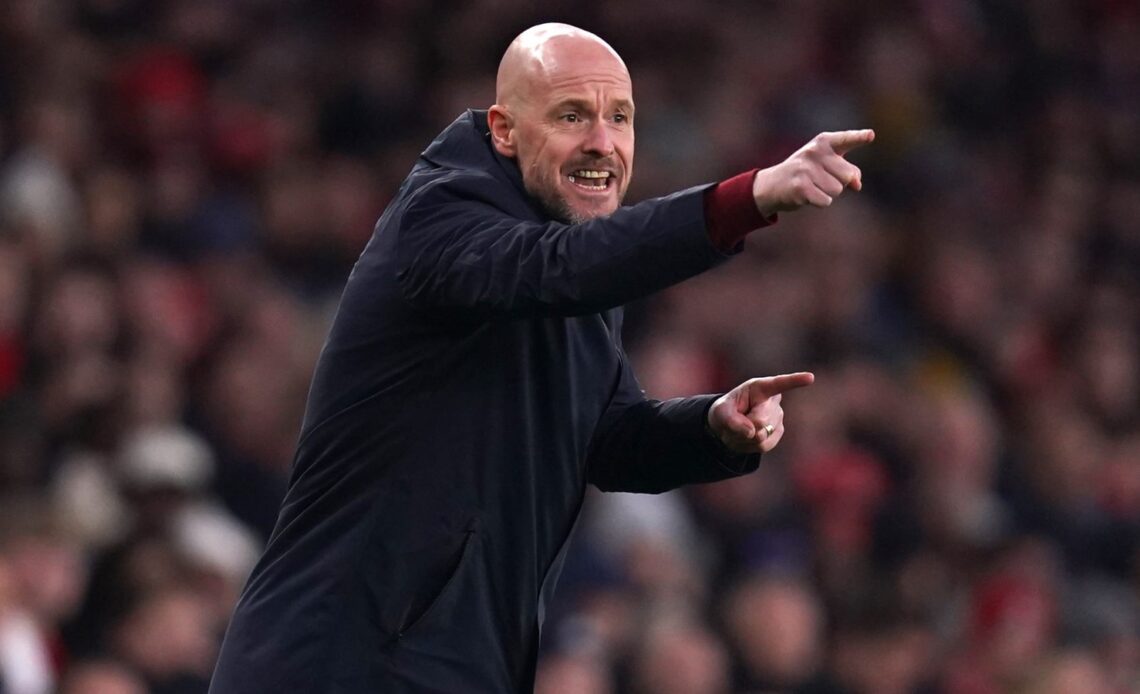 Erik ten Hag thinks his Man Utd players made several “unacceptable mistakes” in their 3-2 defeat against Arsenal on Sunday afternoon.

Man Utd have had a rollercoaster week in the build-up to their trip to face Arsenal. Last weekend, they came from behind to beat Man City 2-1 at Old Trafford. Then in midweek, they conceded a late equaliser as they drew 1-1 against Crystal Palace at Selhurst Park.

Facing Arsenal at the Emirates is about as tough a game as you can have in the Premier League at the moment and Mikel Arteta’s outfit caused United a lot of problems.

Arsenal started well but it was United who went ahead via a stunning long range strike from Marcus Rashford. Eddie Nketiah’s header levelled the game before Bukayo Saka scored a great goal of his own to turn the game on its head.

United showed good character as they got themselves back into it with a goal from Lisandro Martinez.

Ten Hag’s side were made to defend for their lives during the final stages and they eventually succumbed to their opponents.

Martin Odegaard did not get good contact on his shot from inside the penalty area but the ball fell to Nketiah, who found the net for his second and Arsenal’s third in the 3-2 victory.

This result leaves Man Utd fourth in the Premier League and they are 11 points adrift of Arsenal. They are at least six points ahead of top-four rivals Tottenham.

Ten Hag stated after the game that his players “made mistakes with all three goals”.

“We made mistakes with all three goals, normally we are better in such situations. It can’t happen.”

When asked if United came under too much pressure for the third goal, Ten Hag answered: “No. It’s tough, that’s clear. We’ve had a lot of games that they didn’t have then they come here and are at home. We had moments on the break but we have to defend much better in that situation.

“We started the game very well, scored, are leading and then make so many mistakes that are actually unacceptable. We have to learn the lesson and move on.

“The two first goals start with a corner and we make so many mistakes from the corner to the goal. It can’t happen. It’s a lesson we have to take, we will face the players with this because it can’t happen. Good teams don’t make such mistakes.”

Asked if this loss is a reality check, he added: “It can be. Today we…