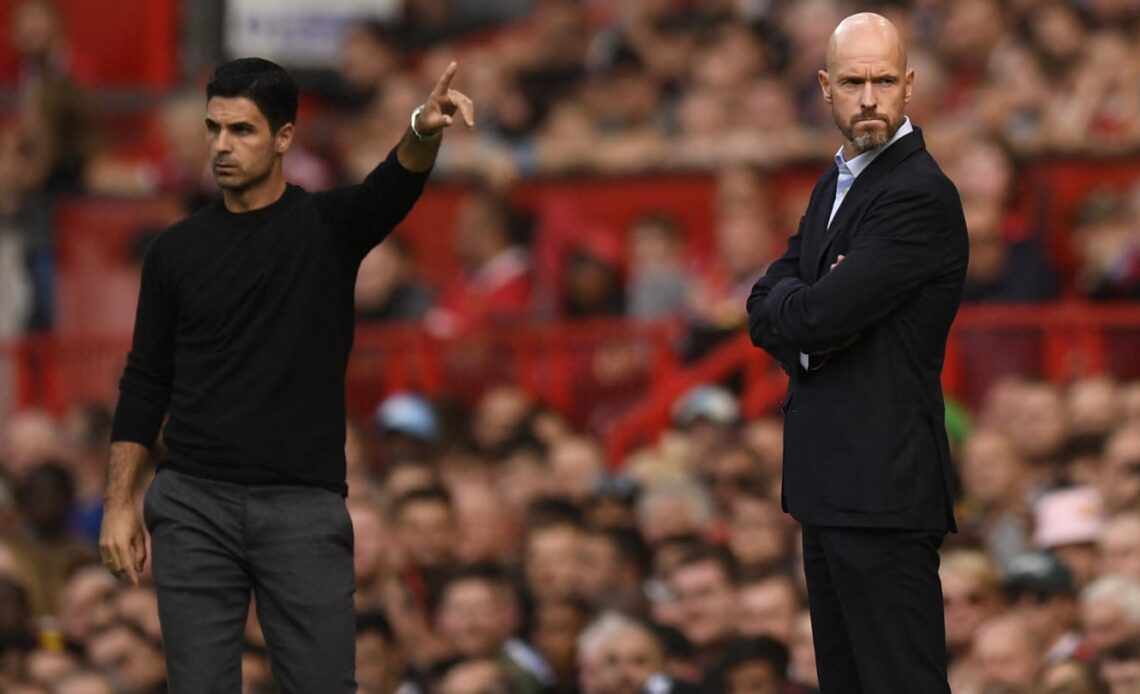 The Gunners sit five points clear at the top of the table having taken 47 points from their opening 18 games so far this season.

United could move to within five points of the summit should they emerge victorious from their matchup with Arsenal at the Emirates Stadium on Sunday.

Speaking to Sky Sports ahead of that clash, Ten Hag was full of praise for Arteta and the job he’s done in north London.

“I think in the Premier League there are many incredibly good coaches in this moment,” Ten Hag said.

“He [Arteta] is definitely one of them. What he’s doing, he’s the best in this moment because it’s really a big performance, it’s huge what he’s doing.

“He’s managing his team and they are so consistent, the most consistent team in the Premier League in this moment, playing incredible football. It’s fantastic.

“But we want to beat them. We are looking forward and we beat them already one time and we want to go for the second time. We know how to do it.”