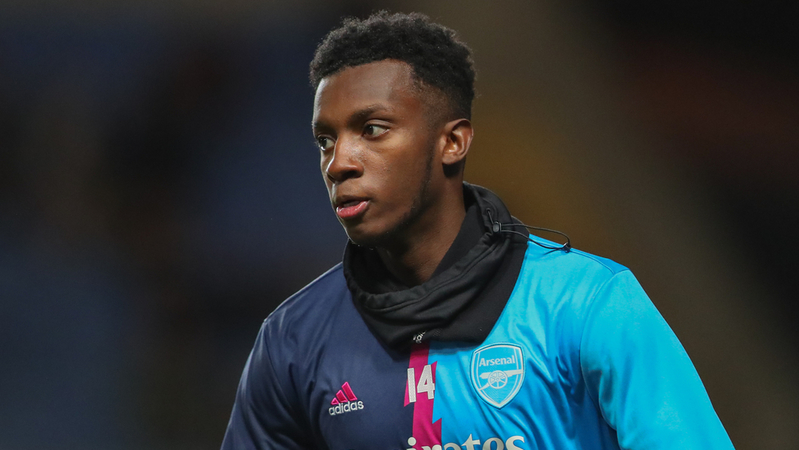 Arsenal manager Mikel Arteta was full of praise for Eddie Nketiah after scoring a last-gasp winner in Sunday’s thrilling 2-1 victory over Manchester United.

Nketiah poked home in second-half stoppage time to seal the victory to keep the Gunners five points clear at the top, knocking off their old rivals in the process.

The goal was Nketiah’s sixth in their past six games, netting a double on Sunday, stepping up for Arsenal with Gabriel Jesus out injured.

“What Eddie is doing is incredible,” Arteta said.

“Losing Gabby was a big blow, it is a big blow today, but Eddie is responding and the team I think in an exceptional way.”

The 23-year-old, who had never previously secured a regular first-team spot, came close to leaving the Emirates Stadium last season.

“The qualities that he has, how much he wants it, how much belief he’s got in himself to become Arsenal’s number 9,”Arteta said.

“His desire, his background, we’re with him every single day, a special kid, he’s so loved by everybody at the football club.

“He’s got a real Arsenal heart and experience within him and that’s really special. You cannot put that into numbers. He’s really, really good.”