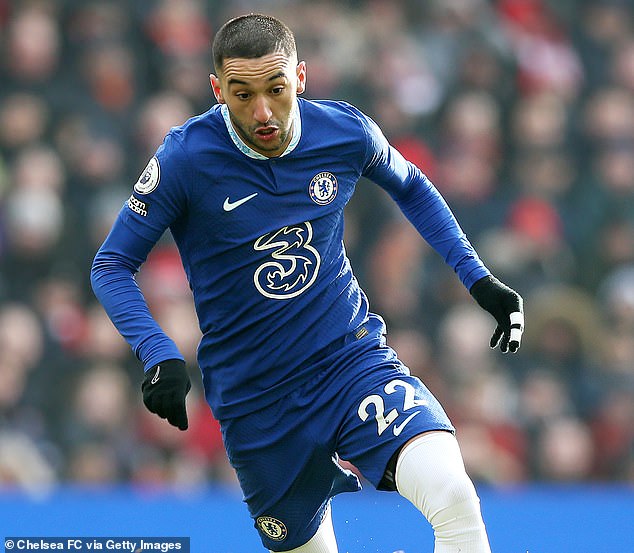 Chelsea must make a decision on whether to let Hakim Ziyech leave the club this month, with Everton among the clubs interested in the attacker.

Italian club Roma are also understood to be monitoring Ziyech’s situation heading into the closing days of the January transfer window.

A number of clubs are showing an interest in the Moroccan, who has played a bit-part role under Graham Potter. 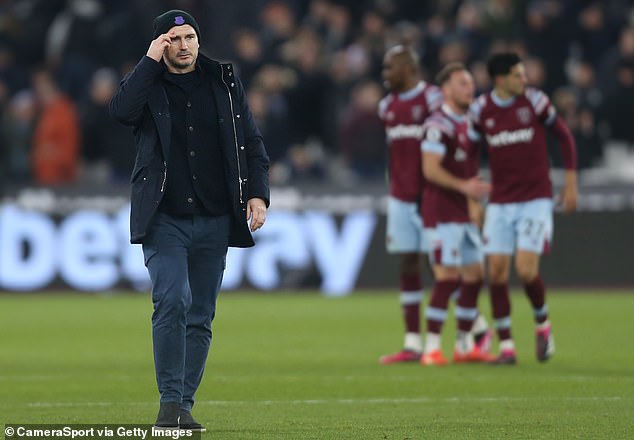 And relegation-threatened Everton are among the teams keen on Ziyech as they look to bolster their squad in their battle to stay up.

The Toffees would prefer to loan the attacker, with a view to making the transfer permanent if they stay up.

It remains to be seen whether Chelsea are wiling to let Ziyech leave this month. 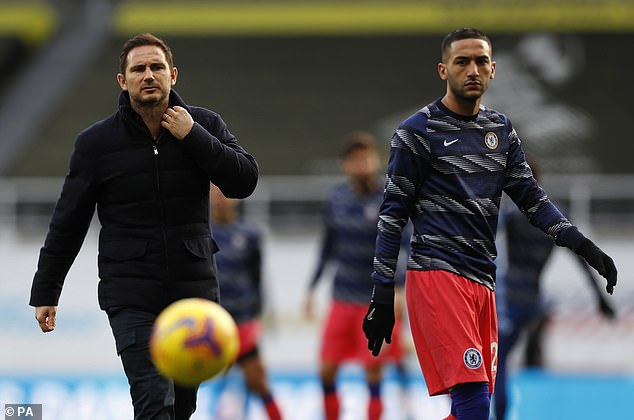 Toffees boss Lampard is a huge admirer of the Moroccan, whom he signed while at the Blues

Equally, whether the winger is willing to join a club in the midst of a relegation crisis is unclear.

Current Everton boss Frank Lampard is a huge admirer of Ziyech, having played a key role in Chelsea’s move to sign him during his time in charge at Stamford Bridge.

However, Lampard’s future at Goodison Park is unclear as the club struggle to stay in the Premier League.