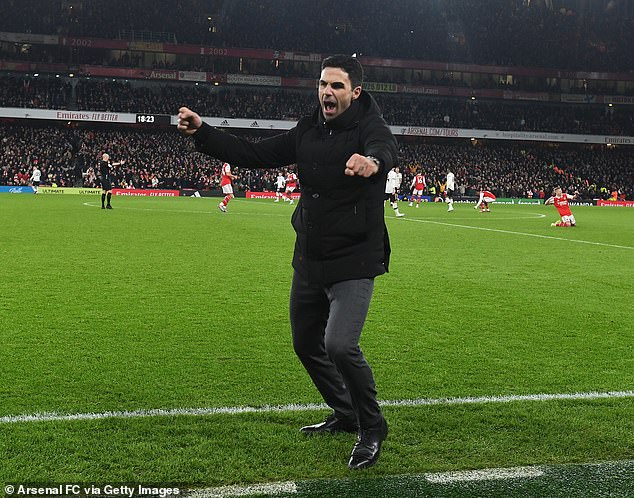 ‘He has done a FANTASTIC job’: Cesc Fabregas heaps praise on Mikel Arteta for ‘changing the perception’ of Arsenal following Man United win, and reveals ‘positive messages around the training ground’ that help inspire the team

Eddie Nketiah’s late goal ensured Arteta’s side won the game 3-2 in a tightly-contested game at the Emirates, and meant Arsenal remained five points clear at the top of the Premier League with a game in hand.

Fabregas, speaking on Sky Sports, praised his fellow Spaniard for ‘changing the perception of the club’, as he helps turn the Gunners from top four stragglers to one of the best sides in Europe. 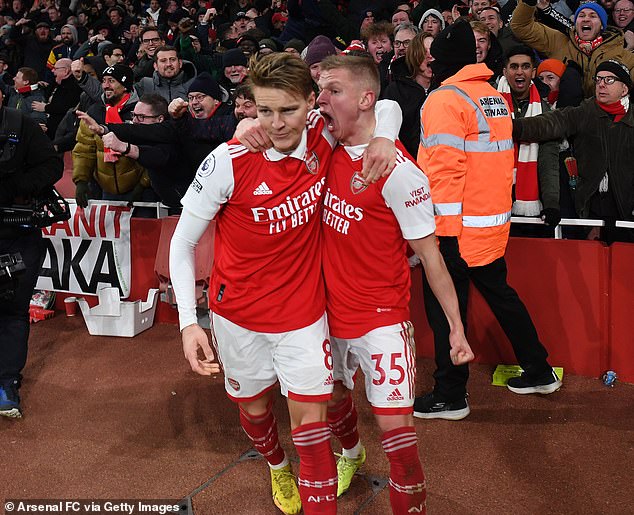 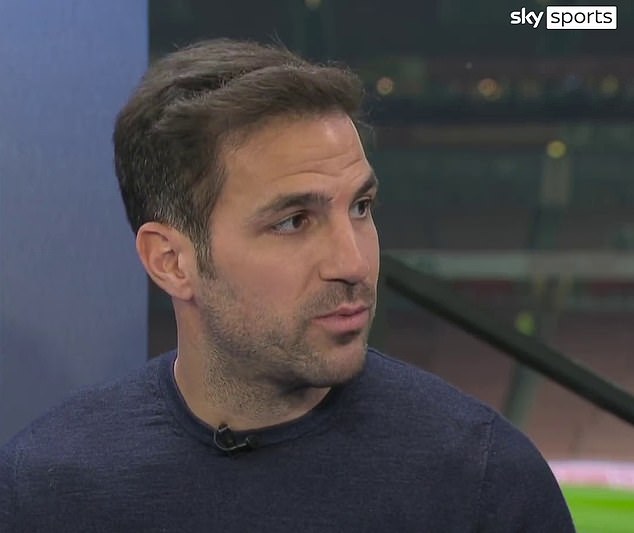 ‘He has done a fantastic job’, the former midfielder began. ‘We saw it in the documentary (Netflix’s All or Nothing) how he pushes players, how he understands players.

‘The perception of the club has changed. There are positive messages around the training ground, much bigger facilities, better equipment, the pitches, you name it.

‘At the entrance, they have a symbol of an empty Premier League. He wants to show the message, we need to put it in there. Every day the players see the Premier League, but just the symbol, like an inspiration every day. He has changed the mentality of the club.’ 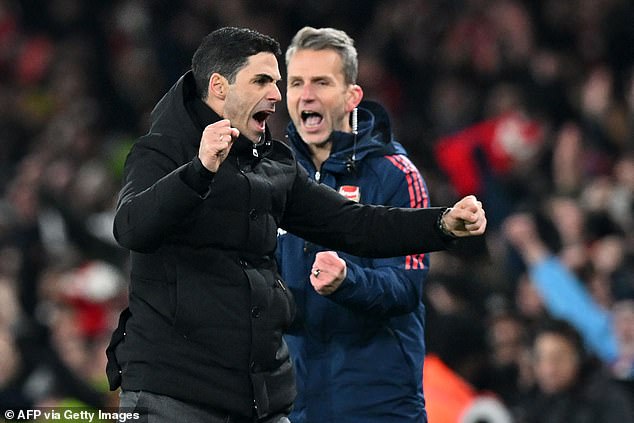 Arteta has ‘changed’ everything at Arsenal following their previous struggles, according to Fabregas

The praise continued, with Fabregas complimenting Arteta for his leadership over his group.

The Arsenal boss has emptied the club of underperforming players and added quality, including Gabriel Jesus and Oleksandr Zinchenko, and has been allowed to name a consistent team for most of the season.