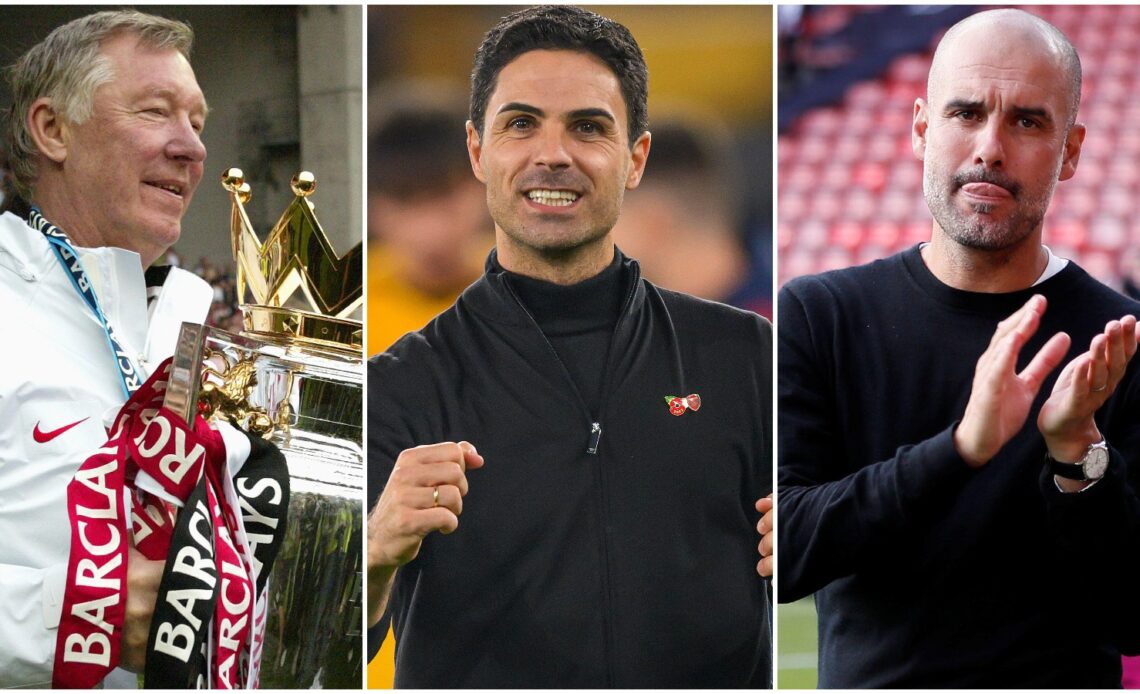 Arsenal have cracked the top five after beating Manchester United on matchday 19. That does not guarantee a title, however. But they definitely believe after bottling top four last season…

Here’s the current top 10 best starters through the first half of a season since the Premier League was cut to 20 teams in 1995/96.

Is this the best Premier League team ever?

2) Liverpool 19/20: 55 points
W18 D1 L0 F48 A14 GD+34 GPG 2.53
Final position: champions
Jürgen Klopp’s Reds broke one of City’s records by wrapping up their first title in 30 years with seven games still to go. But it was also the latest coronation – in June 2020 – after Covid turned up and acted the d*ck to spoil Liverpool’s celebrations.

3) Chelsea 05/06: 52 points
W17 D1 L1 F41 A9 GD+32 GPG 2.16
Final position: champions
The Blues celebrated their centenary by winning their second consecutive title when Jose Mourinho really was ‘a special one’. It was achieved by an eight-point margin over Manchester United, who were also the first side to beat Chelsea on matchday 12.

4) Liverpool 18/19: 51 points
W16 D3 L0 F43 A7 GD+36 GPG 2.26
Final position: runners-up
Liverpool were better off than Arsenal, and still f***ed it. They didn’t lose until matchday 21 at Manchester City, which proved all-important since despite not losing again all season, they were still pipped at the post by City, with four draws in six games between the end of January and beginning of March also crucial.