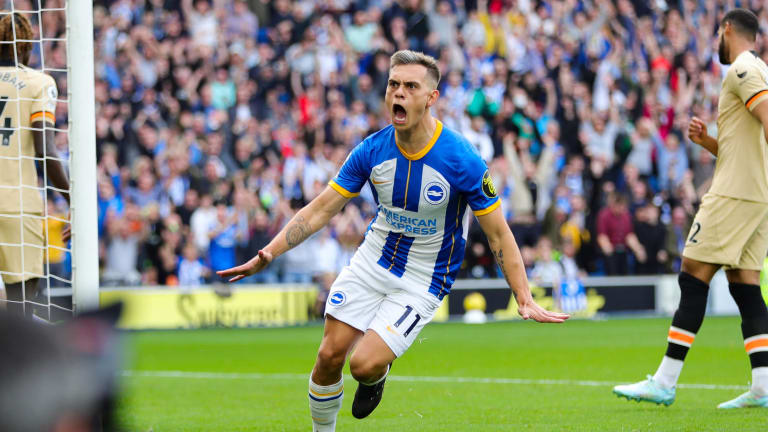 Arsenal assistant manager Albert Stuivenberg reportedly had a key role in Leandro Trossard’s transfer from Brighton to the Emirates Stadium this January.

The Belgium international has had a fine career in the Premier League, but he also worked with Mikel Arteta’s assistant Stuivenberg at Genk a few years ago.

According to the Telegraph, this meant Stuivenberg was able to give a good character reference for Trossard, whose arrival at Arsenal was confirmed on Friday.

The 28-year-old looks a smart addition to Arteta’s squad, with Gabriel Jesus’ injury leading to a worrying shortage of attacking players.

It will be interesting to see how Trossard settles at Arsenal, but if he can continue the fine form he showed at Brighton then fans will surely be glad Stuivenberg was able to have a positive influence.

In general, the Telegraph’s report paints an interesting picture of Stuivenberg’s role at Arsenal, with the 52-year-old Dutchman seeming to know how to get the best out of players with his straight-talking attitude.

Stuivenberg also has plenty of experience from roles at Manchester United and with the Welsh national team.