What Is Todd Boehly’s Transfer Plan At Chelsea? 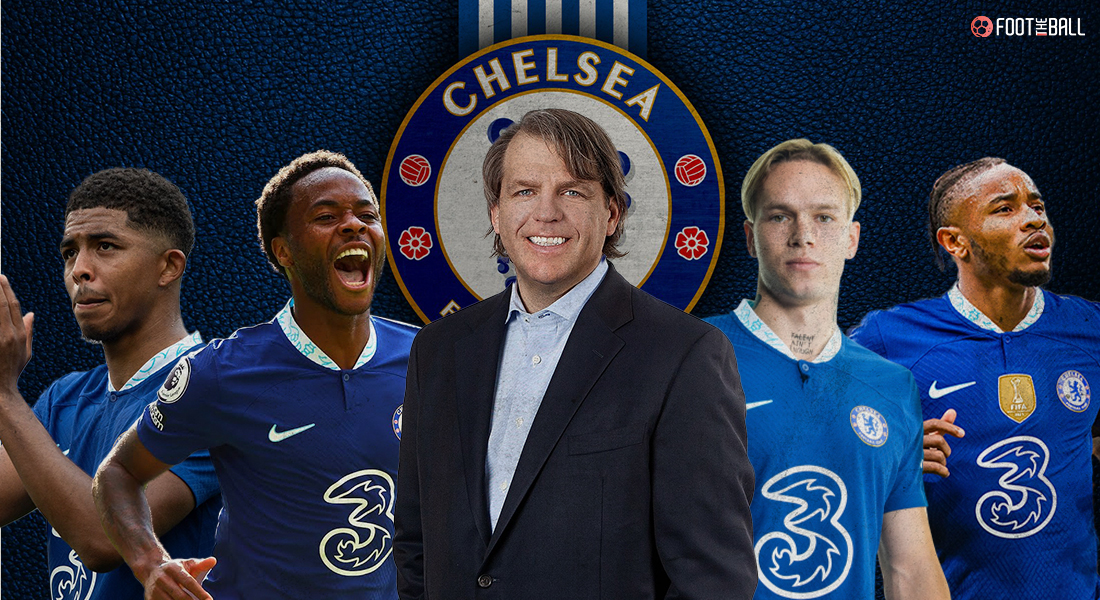 €465 million. That is the amount Chelsea have splurged on acquiring new players this season. Their recent acquisition of Noni Madueke has helped the Blues to the all-time transfer spending record by a club in a season. Ever since Todd Beohley took over as the new owner Chelsea have signed players left, right and centre.

While the signings may not have had the desired effect on results on the pitch, it is undoubtedly making heads turn. In his opening few months as Chelsea owner, the American businessman has made radical proposals to generate interest and boost revenues in the Premier League.

His suggestions included a play-off tournament in determining promotions to the Premier League, a North vs South All-Star derby, the establishment of a network of partner clubs around the club, and also expressed minimal support for the European Super League (ESL).

Even his transfers have seen a radical new approach that may change how clubs pursue a player and how they draft their contracts.

Boehly vowed to change the club’s direction when he became the owner, and the transfer strategy is definitely living up to the expectations. But what is Chelsea’s transfer strategy, and what aim does Todd Boehly intend to fulfil using it? And will it bring a new revolution in European football?

Since taking control of the club, Chelsea have signed players left, right and centre. Starting from the summer, the club has brought in ten players on paid transfers, both full-time and loan. In fact, according to some estimates, Chelsea have spent more money in the last two windows than Liverpool have done in the previous ten years.

So, why is Boehly splurging all this money? Well, there are several factors. Firstly, as an owner, the American has big shoes to fill. Under their previous owner, Roman Abramovich, Chelsea became one of the biggest clubs, winning every possible trophy. So, naturally, this made it an attractive destination for top players.

Thus, when Abramovich sold the club, Chelsea fans were sceptical about whether Boehly could match the Russian’s aspirations.

Secondly, he also wants to give the club a new direction. Under Abramovich, young players with lots of potentials were rarely signed as the club looked for ready-made players. As a result, the players were…